Harley-Davidson’s just-introduced 2021 models include the CVO lineup with the company’s most advanced audio and infotainment options, as well as its latest braking, steering and safety features.

As a tradition-minded 118-year-old motorcycle manufacturer, Harley-Davidson may not seem ideally situated to prosper in a rapidly changing world where vehicles are increasingly electrified, self-driving, and shared. But the iconic company could be better positioned than many stock market investors betting on transportation suspect.

The company’s U.S. bike sales peaked at more than 260,000 way back in 2006, and have since dropped about 40%. Demographics are part of the story, and it is a well-charted one, in the stock price and broader narrative about Harley’s consumer market. In 1985, the year before Harley went public, the median motorcycle owner was only 27, according to the Bureau of Transportation Statistics. By 2018, the median age had risen to 50. But the iconic “HOG” brand is turning itself around under the leadership of president and CEO Jochen Zeitz, who took the helm last year after drawing praise for a turnaround engineered at European consumer brand Puma.

Zeitz, and other new executives pushed the “Rewire” initiative, which has driven the manufacturer to exit international markets with low potential to focus on 36 high-growth-potential areas in North America, Europe and Asia. The company also laid off 700 employees to trim costs. It closed out 2020 by entering into a distribution agreement with Indian motorcycle maker Hero and spinning off its electric bicycle operations to a new firm where it holds a minority stake.

“We think they are on the right track,” noted Garrett Nelson, senior equity analyst at CFRA Research. He praised Harley’s late-October agreement with Hero as beneficial to both parties. “Harley gets access to Hero’s existing distribution network in India and Hero benefits from the sale of additional motorcycles at its dealerships,” he said. “It’s a trade-off. Harley surrenders some of the margin for access to the distribution network in the fast-growing market.”

He added that Harley should pursue similar opportunities with other established players to widen its exposure in faster-growing Asian markets.

Harley in a Tesla world

With the new financial strategy in place, Harley’s is now looking ahead. On February 2, it will introduce its plan for 2021 to 2025. Called Hardwire, the new plan is “grounded in desirability,” according to the company, though it has not released details.

Next month Harley also is unveiling the Pan America, a large adventure-style motorcycle meant to be at home both on- and off-road. It is the company’s first foray into the adventure bike market in which competitors like BMW and Honda already have a large presence. The recreational market has become a more intense focus for consumer brands as a result of shifts driven by the pandemic.

Nelson also was cautiously optimistic about the manufacturer’s prospects in an increasingly electrified future. The LiveWire, Harley’s sole current electric motorcycle, shows promise, but the company has been somewhat slow bringing it to market since its release in late 2019, he said.

“More of a concrete strategy on the electric bike, the Livewire, will be necessary,” Citi analyst Shawn Collins said, but he added that EVs remain a longer-term rather than immediate financial priority. “EV cycles are a rounding error at the moment,” he said of the sales.

“Over time, we are bullish on the opportunity, given that we think lithium-ion battery costs are going to continue falling in the coming years and electric vehicles are going to be heavily subsidized by the new administration,” Nelson said. “We expect the cost of electric vehicles to reach parity with internal combustion engine vehicles by the middle of this decade, as battery costs continue to decline.”

Harley-Davidson’s share price is at a 52-week high — like many companies in this extended bull market — but remains well below its all-time peak.

The company’s iconic brand remains attractive, even as its financial fortunes have fluctuated.

“Harley-Davidson is the most valuable motorcycle brand on the planet,” wrote Craig Kennison, a senior research analyst and director of research operations at Baird, in a recent research note. Harley’s strong brand, scale, and loyal customers give it an advantage over competitors, in his view. Meanwhile, Harley’s new leadership has put in place operational changes that should drive growth in 2021, Kennison said, including streamlining its product portfolio, reducing dealer inventory 30%, and instituting ongoing annual costs savings of $115 million. “We increasingly like the investment case for Harley-Davidson,” he wrote.

There may be more cost-cutting to come, according to Nelson. He said Harley should look to further shrink its global footprint to focus on markets that are the most profitable with the greatest long-term growth potential. But shrinking the overall footprint does not mean less focus on overseas consumers.

“Right now, they are spread too wide,” Nelson said. “Between 2006-2019, the company grew its non-U.S. exposure from 22% of total unit sales volumes to 42%. We think they need to continue growing this percentage out of necessity because we believe its North American market is in secular decline.”

Harley’s issue is about the top line, or revenue from motorcycle sales, and Citi’s Collins said into its earnings and February investor day how management talks about increasing the top line will be a key to continued investor confidence. “Lots of people have faith in Zeitz, but he has a high bar,” Collins said. “There is no simple answer. … The top line has been horrible.”

The biggest problem for Harley is well known: the brand has had trouble appealing to younger riders.

Younger consumers have shown an aversion to purchasing motorcycles for safety reasons, and vehicles in general due to the rise of ridesharing, as well as financial and urbanization trends, according to Nelson, and Harley’s domestic demand has been waning for well over a decade.

“Harley at one point was unstoppable, in the 80s and 90s and even through most of the 2000s,” Collins said.

The Citi analyst noted Harley competitor Indian Motorcycle, owned by Polaris, has had success bringing in a new audience, and Zeitz has shown his ability to work “marketing magic” when he oversaw the turnaround at Puma, which had lost consumers to Nike and Adidas. “His job is to try and insert the magic back into Harley so a younger person wants to buy one. That’s what he has his eye focused on for the next three year to five years,” Collins said.

“Harley-Davidson has known for a while that it needs to reach younger customers,” said Dennis Chung, the production editor at Motorcycle.com. “The problem is that demographic doesn’t necessarily want the same things in a motorcycle that Harley-Davidson’s older base values.”

A lot will hinge on the next generation of Harley-Davidson’s popular Sportster lineup of mid-sized cruisers, according to Chung. “There is definitely value in the classic Harley styling, but it needs to be balanced with modern design and modern technology,” he said.

The Sportster lineup has been in continuous production since 1957, and is one of Harley’s oldest model lines.

One way Harley-Davidson is responding to a more tricky consumer market is by shifting its focus from growing market share on an absolute basis to increasing brand exclusivity. The Rewire plan was an acknowledgment from management that blanketing the globe in a search for new sales wasn’t the way to go.

“Instead of trying to increase its sales volume, Harley-Davidson is now trying to earn more profit from each sale, even if it means selling fewer bikes,” Chung said.

North American sales did grow in the third quarter for the first time in a long time, Collins noted, and there are broader trends in place that could benefit Harley. Sports and recreational vehicles sales are growing as a result of Covid and that tailwind could cross over to the motorcycle market as well.

“They do have the No. 1 brand in the market with 40% market share and the brand is unlike any other,” Collins said.

The European market, meanwhile, is growing and the new adventure bike Pan America should do well in that region.

The decision to reduce its product line by roughly 30% seems like a smart and necessary move because of overlap.

“A lot of Harley’s products are very similar. Eliminating some of the lower-performing products creates a more streamlined product portfolio, which helps reduce costs,” Chung said.

As the company offers fewer models, it sells a range of accessories and customization options. This way, buyers can individualize their bikes in details such as paint, luggage, seats, stereo systems, brake upgrades, and other areas.

It’s okay to be in a shrinking market, if you’re improving the profitability of the products you sell.

Collins said Zeitz understands the opportunity in bike parts and Harley lifestyle accessories, and while these are not strategies that can turn the business around at the top line level, they are important pieces in a more comprehensive plan to maximize revenue while keeping costs down and generating higher profits. He recently pegged as much as 15% upside in Harley’s stock ahead of next month’s earnings and investor day, writing in a note to investors that he continues to be encouraged by new management’s decision-making.

Even with a trimmed portfolio, the manufacturer still offers two dozen different motorcycles, mostly concentrated in the cruiser and touring market segments, as well as a trio of three-wheeled bikes.

“We believe Covid-19 has given Harley the opportunity to press the reset button on its strategy and refocus effort back on its core consumer, one which we believe holds the key to higher profit margins,” stated Morningstar senior equity analyst Jaime Katz in a November report. She praised the Rewire initiative as a means of balancing restoration of the firm’s core business and entry into new markets. Prioritizing profitability over scale should also refocus Harley on the success of high-margin parts and accessories and general merchandise segments.

“It’s okay to be in a shrinking market, if you’re improving the profitability of the products you sell,” Katz told CNBC. 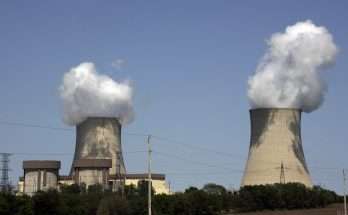 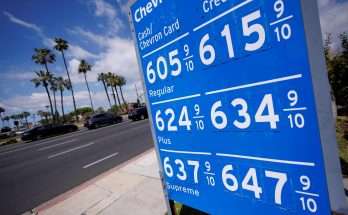 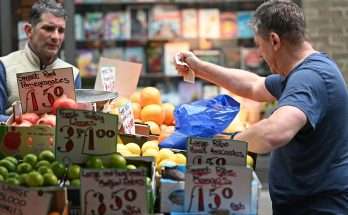