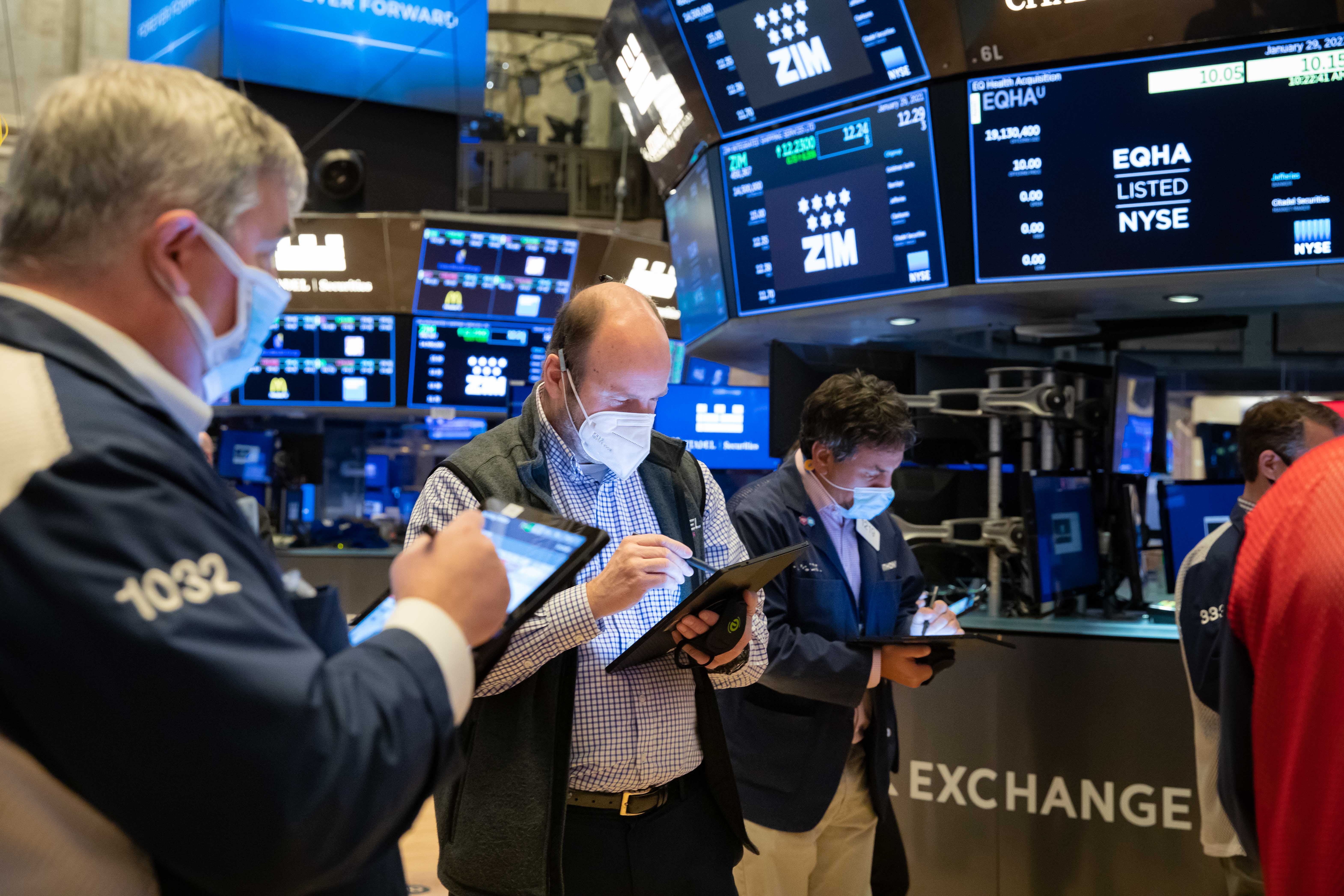 The move comes after the Dow advanced 63 points during regular trading hours to close at a record high. In a volatile session that saw the 30-stock average swing between gains and losses, the Dow also hit its ninth intraday record of the year.

The S&P 500 and Nasdaq Composite also hit record highs during Wednesday’s session, but the indexes couldn’t ultimately hold onto those gains. The S&P wound up closing 0.03% lower, while the Nasdaq slid 0.25%.

Federal Reserve Chairman Jerome Powell said Wednesday that the economy faces challenges in the labor market, and so monetary policy needs to stay “patiently accommodative.” In remarks at the Economic Club of New York, Powell said the employment picture is a “long way” from where it needs to be.

“Powell stuck to his guns today,” said LPL Financial Chief Market Strategist Ryan Detrick. “With many worried about too much stimulus and higher inflation, he is more worried about a stubborn employment picture. The truth is low rates are here to stay for the foreseeable future and today’s speech did little to change that,” he added.

For the week all three major averages are higher, and on track to post their second positive week in a row. While still early in the month, the indexes are also higher for February. The Russell 2000 continues to attract attention, and the small cap index is outpacing the S&P for the week, month and year so far.

In Washington stimulus talks are ongoing, with investors anticipating that any additional relief measures would support equities further.

“The markets are anticipating a large amount of stimulus being pumped into the economy,” noted Scott Wren, senior global market strategist for Wells Fargo Investment Institute. “We do believe additional stimulus is needed to help the economy and consumers bridge the gap between now and when vaccines are more widely administered and lockdowns are lifted,” he added.

A busy week of earnings will continue on Thursday. PepsiCo, Kraft Heinz and Kellogg are among the names set to report before the market opens. Disney and Expedia will give their quarterly reports after the bell on Thursday.

Of the S&P 500 components that have reported earnings thus far, more than 80% have topped Wall Street’s expectations, according to a CNBC analysis.

“As we move through February, we have states reopening, the virus subsiding, and vaccinations spreading quickly. Looking back, we had jobs declining, layoffs rising, and confidence down,” said Brad McMillan, chief investment officer for Commonwealth Financial Network.