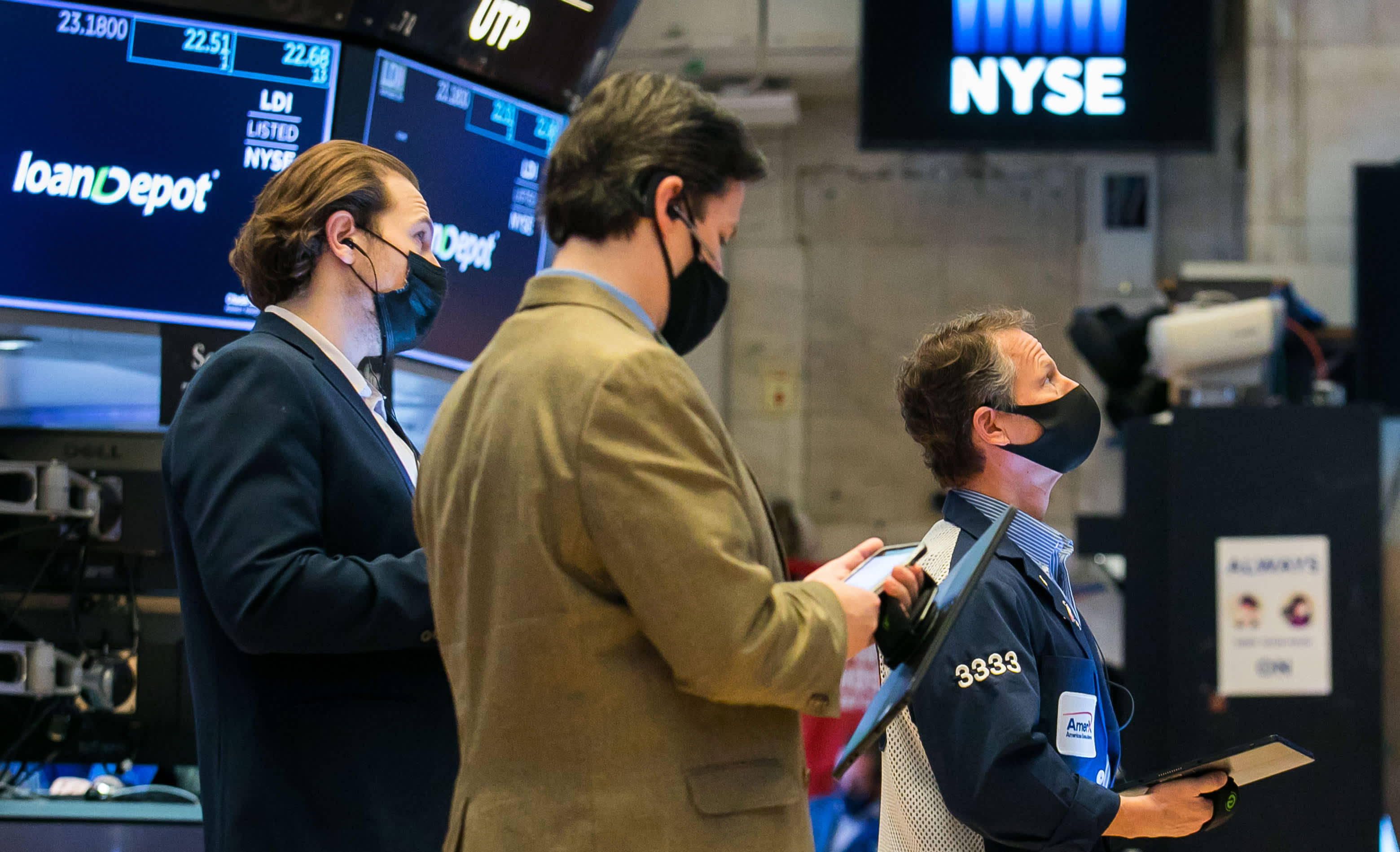 Bonds have been shunned by many investors as rock-bottom rates made them unattractive relative to equities. On Thursday, the bond market may have gained an upper hand in the eyes of some investors.

The 10-year Treasury yield soared more than 16 basis points to a high of 1.614%, its highest level since February 2020. The spike put the benchmark rate above the S&P 500’s dividend yield, which stood at about 1.43%, according to FactSet calculations based on payouts of the last 12 months.

The milestone is important to large investors who monitor valuations across assets since Treasurys are considered the risk-free rate, so that means equities have lost their premium over bonds, yet are riskier securities. Thursday’s move intensified the fear that a rotation out of stocks and into bonds would accelerate as higher rates make high-flying equities less attractive.

Bond yields have risen sharply this month with the 10-year rate gaining more than 35 basis points. The advance was prompted by expectations for stronger economic growth as well as a pickup in inflation.

“The interest rate story since March of 2020 has played a significant role in driving risk assets higher across asset classes with optimism ahead of the actual broader economic recovery,” said Gregory Faranello, head of U.S. rates trading at AmeriVet Securities. “A continued rise in long term US rates will present a value proposition at some point, especially if we have the opposite of 2020 with yields now driving risk assets lower and broader financial conditions tighter.”

Many strategists cited the surging yields as a culprit for the weakness in tech stocks as well as the heightened volatility in the broader market. Higher rates could hit the growth-oriented technology sector especially hard as it has benefitted from easy borrowing.

Yields continued their rally even after Federal Reserve Chair Jerome Powell downplayed the risk of inflation, saying it could take three years to reach the central bank’s target consistently. He said that inflation was still “soft” and that the central bank has the tools to fight it if it should run hot.

“The rise in yields has primarily been driven by rising inflation expectations,” Joseph Kalish, chief global macro strategist at Ned Davis Research, said in a note. “More recently, expectations of better economic growth down the road have pushed up real yields and increased inflation and liquidity premiums.”

Dividend yield, calculated as annual payouts divided by share prices, has been falling as the stock market rallied to new highs and yet companies have not raised dividends much amid the coronavirus pandemic.

S&P 500 dividends dropped $42.5 billion in the second quarter of 2020, followed by another $2.3 billion decline in the third quarter, according to Howard Silverblatt, senior index analyst at S&P Dow Jones Indices. Payouts rebounded by $9.5 billion in the fourth quarter last year as companies survived the worst of the health crisis.

If corporate America could continue to hike its dividends, which would increase the overall dividend yield, the stock market might regain the edge over bonds.

To be sure, dividends have become less important in recent years as high-flying tech stocks that largely shun payouts have led the market.

And stocks still offer a premium over bonds when taking into account earnings. S&P 500 members will earn $172.26 a share this year, analysts estimate, according to FactSet. That amount divided by the S&P 500’s current value gives it a so-called earnings yield of 4.4%, which is another way investors value assets against each other.