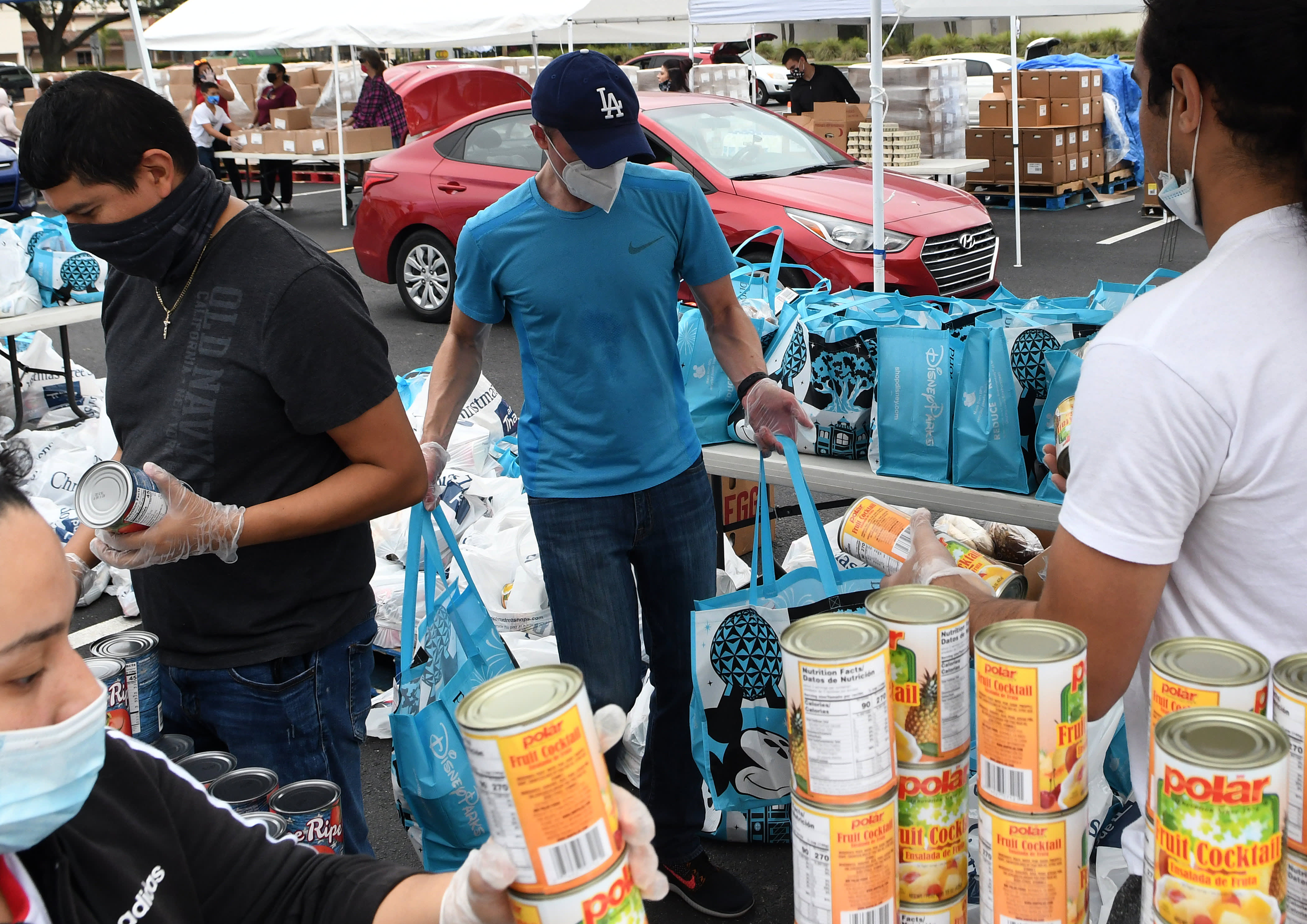 Volunteers load shopping bags with food assistance for laid off workers at a food distribution event on Dec. 12, 2020 in Orlando, Florida.

Democrats are poised to send more unemployment benefits to laid-off workers. Meanwhile, some workers are still waiting on the last tranche, authorized months ago.

A $900 billion Covid relief bill signed Dec. 27 extended jobless benefits to March 14 and raised them by $300 a week.

Other workers who had exhausted their state benefits just began receiving the extended aid on Thursday, according to Wisconsin’s Department of Workforce Development.

Other states, like California and Colorado, only began paying benefits to some groups recently.

Workers who experience delays will get back pay for the missed weeks and be made whole.

But, while they wait for the funds, jobless individuals must go without income support they may need to pay rent or buy food.

Even with modern computer systems, there’s typically some lag time.

The U.S. Labor Department must issue guidance to states interpreting the rules contained in a relief law. That sets the parameters for state labor agencies, which then codes the updates into their systems.

There’s also typically a period of testing that occurs after programming is complete.

The whole process typically takes about a month, according to Elizabeth Pancotti, a policy advisor at Employ America, a progressive think tank.

Some states have been able to issue aid within days, though.

Delays have been especially pronounced for workers who’ve collected benefits since the early days of the pandemic — and who exhausted their allotment of aid through two temporary CARES Act programs before the December law extended them.

Those programs are Pandemic Unemployment Assistance, for self-employed, gig, freelance and other workers who don’t qualify for state assistance, and Pandemic Emergency Unemployment Compensation, which offers extra state benefits to those who run out of their standard amount.

The Continued Assistance Act extended these programs through March 14.

The $1.9 trillion American Rescue Plan Act of 2021, passed Saturday by the House of Representatives, would extend them through August and raise benefits by $400 a week. Senate Democrats agreed to cut the supplement to $300 a week but extend benefits by another month, through September.

Workers who’d exhausted PUA benefits in Wisconsin appear to be experiencing the longest delays in the country relative to the December law, according to unemployment experts.

California this week just began sending extra aid to workers who had run out of PUA and PEUC benefits, the state Employment Development Department said Thursday.

That affects about 185,000 people, according to the Employment Development Department.

And Colorado did so last week, according to the state’s Department of Labor and Employment.

“We know that many Coloradans are facing extreme economic hardships right now, and have been anxiously waiting for the ability to apply for these added benefits,” Joe Barela, executive director of the department, said Feb. 7.

The December law also offered an extra $100 a week to certain self-employed individuals who, due to a quirk in unemployment rules, received a low amount of weekly aid.

Many states haven’t rolled out the program, called Mixed Earners Unemployment Compensation, yet. It’s a new program created by the December law that requires agencies to vet certain documents to prove a worker’s eligibility.

In Virginia, for example, the $100 won’t be available until around April 26, according to the state Employment Commission. Wisconsin’s target date is April 28. Missouri began offering the supplement on Monday.

Two states — Idaho and South Dakota — opted not to offer it, according to Mixed Earners, an advocacy group.