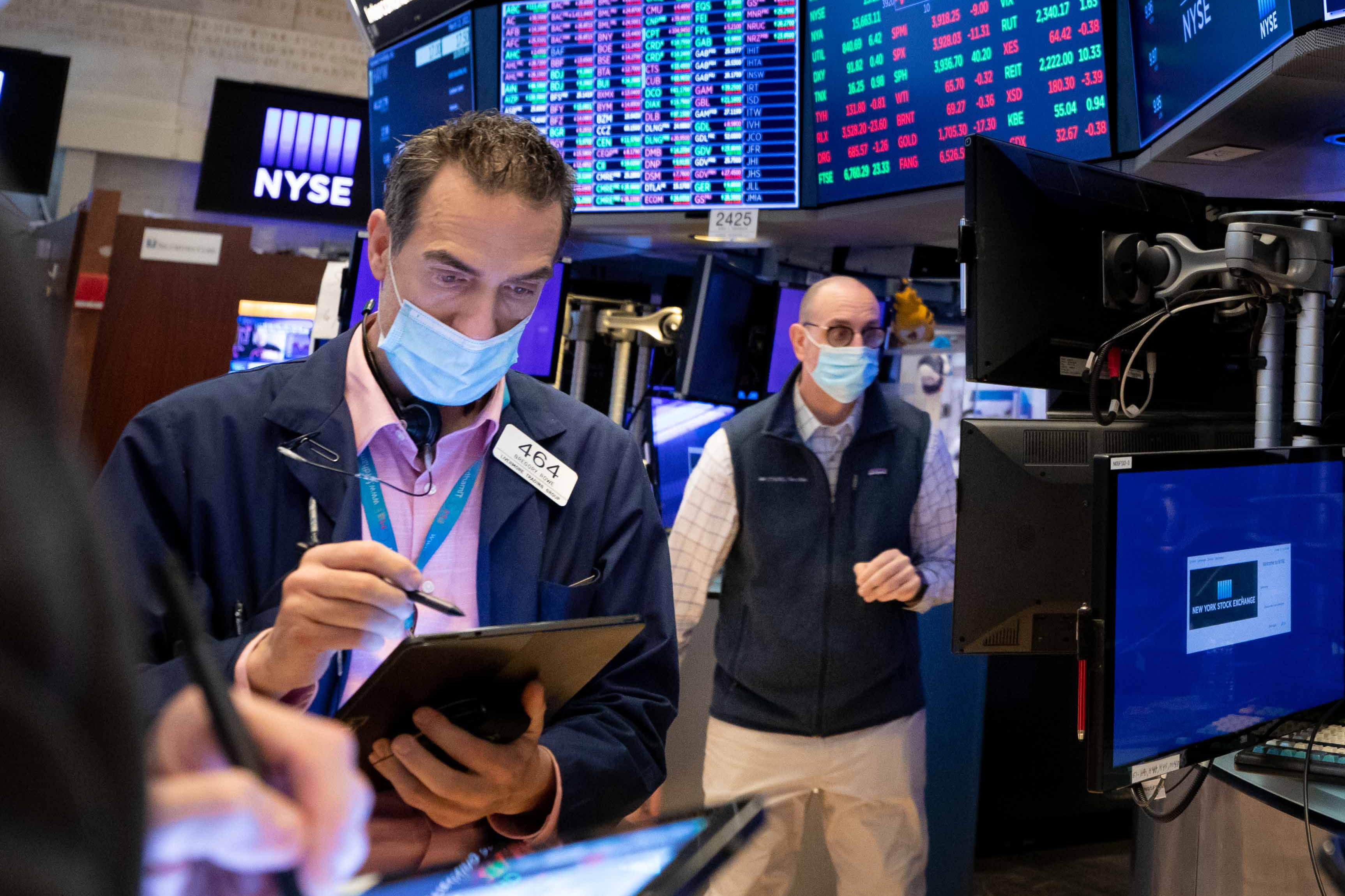 Bond yields continued to retreat from recent highs. The 10-year Treasury yield dipped to 1.65%, its lowest level since March 26. Rising yields had spooked investors recently, sparking a rotation out of growth and into value-oriented areas of the market.

JPMorgan Chase CEO Jamie Dimon was optimistic about the U.S. economic comeback from the pandemic in his widely read annual letter released on Wednesday.

“I have little doubt that with excess savings, new stimulus savings, huge deficit spending, more QE, a new potential infrastructure bill, a successful vaccine and euphoria around the end of the pandemic, the U.S. economy will likely boom,” Dimon said in the letter. “This boom could easily run into 2023 because all the spending could extend well into 2023.”

The major averages pulled back from record highs to close in negative territory during regular trading on Tuesday. The Dow slid 97 points, or 0.3%, breaking a two-day winning streak. The S&P hit a record high, but retreated during afternoon trading and ultimately closed 0.1% lower for its first negative session in four. The Nasdaq Composite declined 0.05%, also snapping a three-day winning streak.

“There are lots of reasons to be excited about the months ahead, and we’re generally optimistic for this year,” noted Lindsey Bell, chief investment strategist at Ally Invest. “Stocks’ momentum is strong, no doubt about that. But the market may be ready to take a breather as investors digest all the good news, determine how much of that is priced in and weigh it against uncertain risks like inflation,” she added.

Strong economic data — including March’s jobs report that handily beat expectations — has fueled stocks’ ascent in recent sessions. All three major averages are coming off their fourth straight quarter of gains as the economic recovery from Covid-19 accelerates.

The International Monetary Fund on Tuesday raised its 2021 growth outlook for the global economy to 6%, up from January’s forecast of 5.5%. The organization said that “a way out of this health and economic crisis is increasingly visible.” The IMF did, however, warn of “daunting challenges” given the varied pace of vaccine rollouts around the world.

“From a positioning standpoint, we still view equities as attractive on a relative basis,” noted Keith Lerner, chief market strategist at Truist. “Even though we expect periodic setbacks, U.S. stocks have risen 85% of the time during economic expansions, and valuations remain attractive relative to fixed income.”

The Federal Open Market Committee will publish the minutes from its March meeting, where the central bank opted to leave interest rates unchanged, on Wednesday. The minutes could offer investors a clue as to when the Fed might hike interest rates.