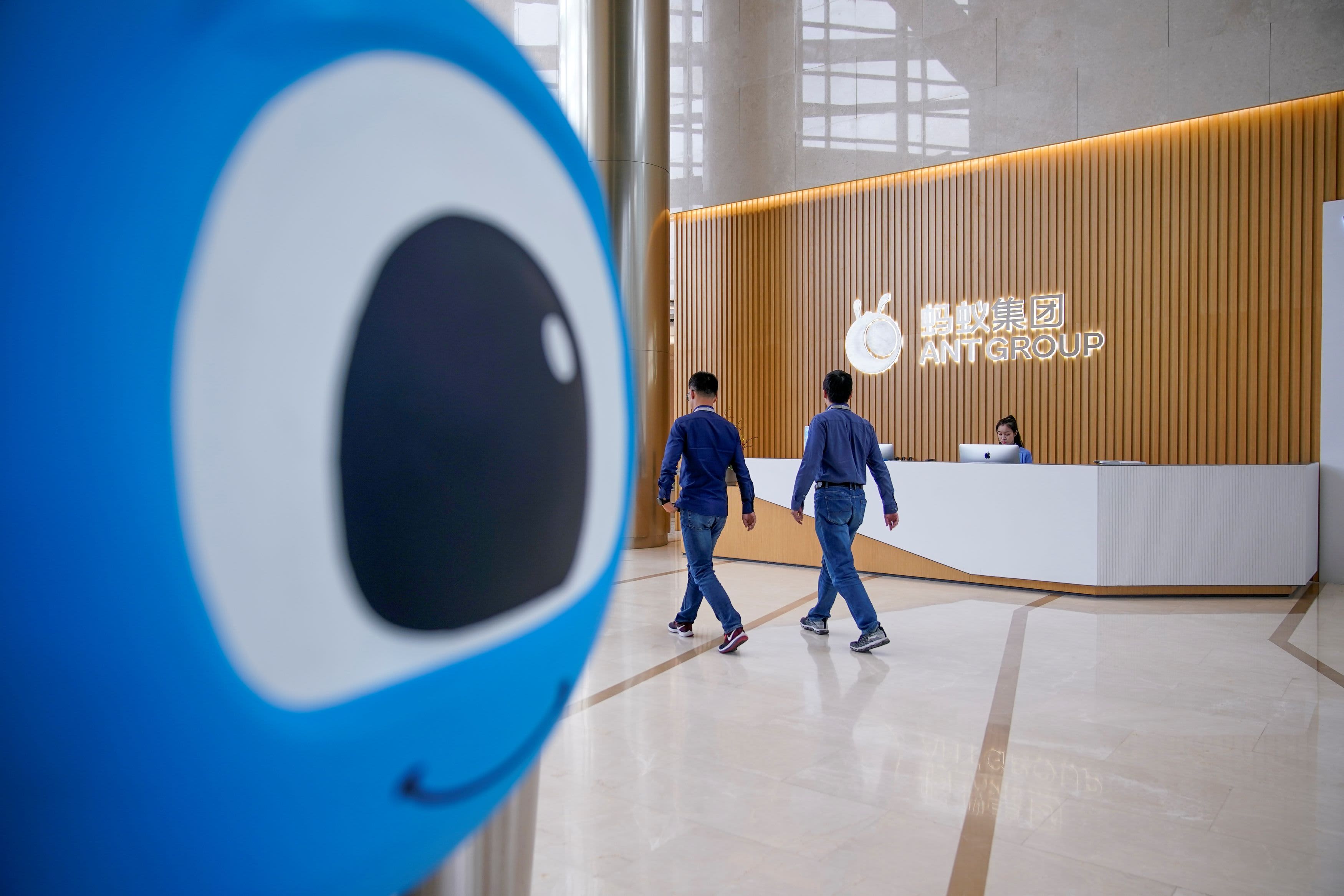 A logo of Ant Group is pictured at the headquarters of the company, an affiliate of Alibaba, in Hangzhou, Zhejiang province, China October 29, 2020.

That, along with a 18.23 billion yuan ($2.78 billion) fine Alibaba received as a result of an anti-monopoly investigation by regulators, removed a source of uncertainty for investors.

“Following the decision and penalties levied by SAMR’s (State Administration for Market Regulation) anti-monopoly investigation of BABA, we think the street has more color about the latest updates on Ant Group,” Jefferies said in a note published Monday.

Hong Kong-listed shares of Alibaba jumped about 4% at the open but pared those gains throughout the day. Alibaba’s U.S.-listed shares closed over 9% higher on Monday but were about 1.6% lower in pre-market trade.

Alibaba, owns a roughly 33% stake in Ant Group, the company that runs the massively popular mobile payments app Alipay in China. In November, regulators forced Ant Group to suspend what would have been a record-setting $34.5 billion initial public offering (IPO) in Hong Kong and Shanghai.

At the time, changes in the financial technology regulatory environment were blamed for the suspension of the listing.

That came just days after Jack Ma, the founder of Ant Group and Alibaba, made some comments that appeared critical of China’s financial regulator.

In December, the People’s Bank of China (PBOC) ordered Ant Group to rectify its business. And on Monday, the Chinese central bank outlined concrete details on what the company needs to do.

The PBOC asked Ant Group to restructure into a financial holding company. Ant Group must also create more separation between its payment app Alipay and its credit products. Yu’e Bao, Ant Group’s money market fund, which was once the world’s largest, must also be reduced in size, the PBOC said.

Both Alibaba’s massive anti-trust fine and the Ant Group restructuring plan are part of a broader push by China to get a tighter grip on the country’s technology companies, which turned into giants largely unencumbered. Their activities often span across sectors from gaming to financial technology as well as cloud computing.

While so far Beijing’s eyes have been focused on Jack Ma’s empire, there are signs that the crackdown could broaden to more companies and other areas such as data protection.