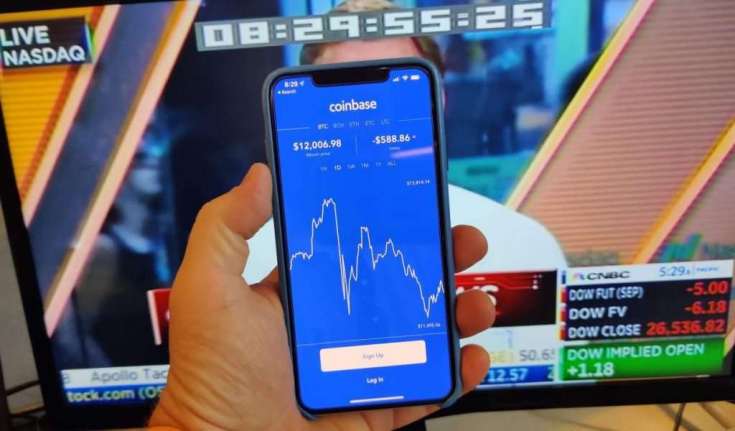 Coinbase is a popular option for buying bitcoin and other cryptocurrencies.

Trading platforms Robinhood and Coinbase grabbed the top two spots in Apple’s App Store this week as Americans turn their attention to stock and cryptocurrency markets.

Robinhood notched the no. 1 spot on Friday, followed by crypto trading platform Coinbase, according to data from Sensor Tower. TikTok was third. The surge in popularity comes as Coinbase made its debut on the Nasdaq on Wednesday, and bitcoin topped $64,000 for the first time.

The surge in popularity underlines a boom in retail trading during the pandemic and “meme stock” culture around names like GameStop. The video game retailer became a household name in January after a group of traders on Reddit sparked a historic short squeeze.

Typically, social media and entertainment options such as TikTok, Reddit and Instagram are the top apps. The rankings reflect the momentum in downloads of a certain app, not necessarily the total cumulative downloads.

This isn’t Robinhood’s first time at the number one spot. In January, at the height of the GameStop controversy, the brokerage firm was the most popular app in Apple and Google app stores. Webull, another trading app, was second. Coinbase, Square’s Cash App and Fidelity also made the top 10.

Robinhood, which shut down the buy side of certain stocks during the height of the GameStop frenzy, saw blowback on social media, and its CEO was later called testify in front of Congress. But Robinhood still added an estimated 3 million customers in January alone, according to estimates from JMP Securities.

Venture capital investors watch engagement and download numbers closely. Until recently, those metrics had mostly been used to measure the success of social media apps. Robinhood investors are now using similar metrics. It was able to raise $3 billion in capital over a few days in January, which investors told CNBC was due to its eye-popping growth as it dealt with a public relations and regulatory crisis.

Charles Schwab said Thursday it added a record 3.2 million new clients in the first quarter — more new accounts than in all of 2020. CEO Walt Bettinger credited “heightened market attention to certain names via social media” as one factor that “significantly bolstered trading activity.”