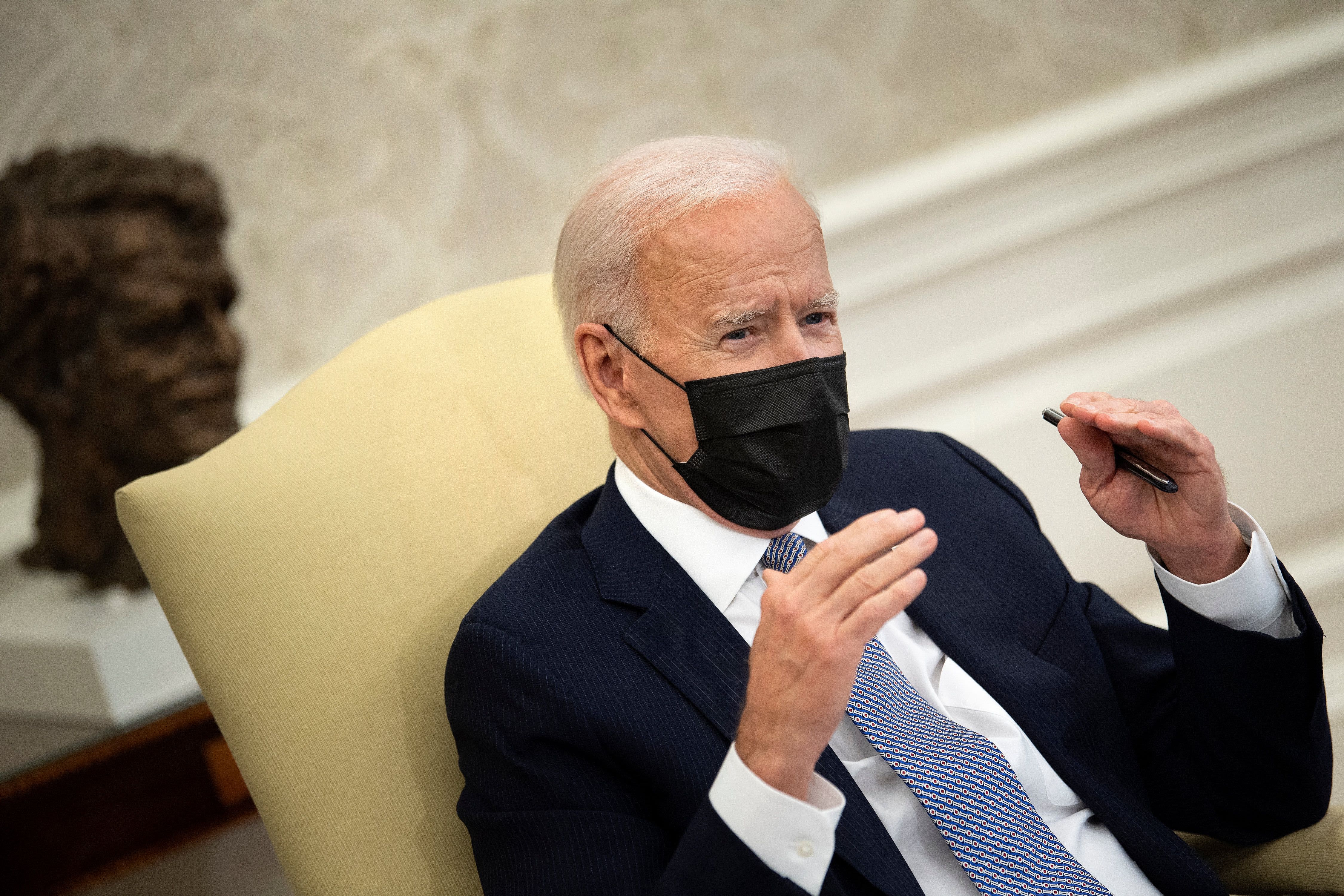 US President Joe Biden makes a statement of a police shooting in Minnesota in the Oval Office of the White House after a meeting with members of Congress about the American Jobs Plan April 12, 2021, in Washington, DC.

President Joe Biden on Wednesday will announce a tax credit for employers offering vaccine-related paid leave as the White House urges more Americans to seek out Covid shots amid a slight decline in vaccinations.

The tax credit for small- and medium-sized businesses will fully offset the cost of giving employees paid time off to get inoculated, as well as to recover from any potential side effects of vaccination, administration officials told reporters.

Biden will also call on employers to use their resources to encourage vaccinations by sharing accurate information and providing possible incentives, such as product giveaways and discounts for vaccinated people, according to a fact sheet from the White House.

“No one should have to lose a single dollar from their paycheck because they got vaccinated,” said an official, who requested anonymity in advance of the president’s announcement.

Biden, in a speech set for 1:15 p.m. ET, will unveil the tax credit, and push employers of all sizes to provide the same paid-leave guarantees, while touting that the U.S. is set to hit 200 million Covid shots administered since he took office.

The president had originally aimed to achieve 100 million shots in 100 days — a goal that drew criticism for being far too modest. The Biden administration surpassed that number in 58 days.

About 26% of the U.S. population is fully vaccinated, according to the Centers for Disease Control and Prevention. Health experts have signaled the percentage required to reach so-called herd immunity is much higher.

But the vaccination rate has dipped slightly in recent days, despite every U.S. adult becoming eligible for a Covid shot as of this week.

The U.S. is reporting an average of 3 million daily vaccinations over the past week, according to CDC data, up from about 1.8 million at the beginning of March.

That level has fallen slightly in recent days, down from a peak of 3.4 million reported shots per day on April 13 to just more than 3 million Tuesday.

The slight dip in the daily pace may be due in part to the ongoing investigation into Johnson & Johnson‘s vaccine. The U.S. Food and Drug Administration earlier this month advised states to suspend the use of J&J’s shot “out of an abundance of caution” after six women developed a rare blood clotting disorder.

Though the J&J vaccine makes up less than 4% of the 213 million total vaccines administered in the U.S. to date, it was being used for an average of nearly 425,000 reported shots per day at peak levels in mid-April.

Unlike offerings from Pfizer and Moderna, J&J’s vaccine required only one dose, making it ideal for certain communities that may have more difficulty accessing vaccination sites multiple times over the course of several weeks.

Government officials have said the country has enough supply of Pfizer and Moderna vaccines to maintain a pace of 3 million shots per day.

The Biden administration has maintained a sense of urgency around vaccinations, stressing that Covid remains a serious threat — especially as highly contagious variants spread through the U.S.

“It’s almost a race between getting people vaccinated and this surge that seems to want to increase,” top infectious disease expert Dr. Anthony Fauci said earlier this month.