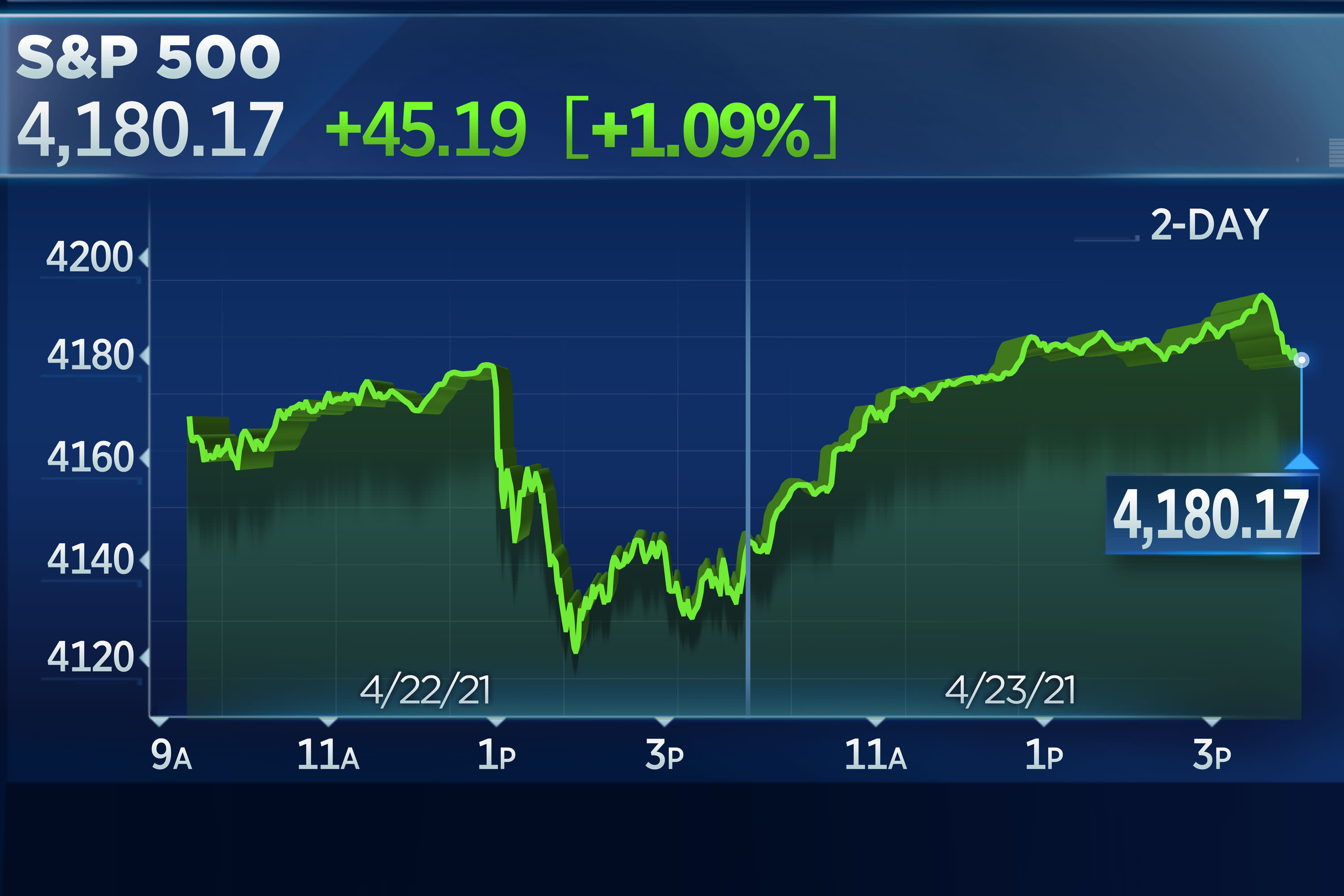 U.S. stocks rebounded on Friday as Wall Street reassessed concerns arising from news that the White House could seek a hike to the capital gains tax.

Wall Street came off a turbulent session for equities after multiple news outlets reported Thursday afternoon that President Joe Biden is slated to propose much higher capital gains taxes for the rich.

Bloomberg News reported that Biden is planning a capital gains tax hike to as high as 43.4% for wealthy Americans.

The proposal would hike the capital gains rate to 39.6% for those earning $1 million or more, up from 20% currently, according to Bloomberg News, citing people familiar with the matter. Reuters and the New York Times later also reported similar stories.

Still, with Democrats’ narrow majority control in Congress, a tax bill like this could face challenges and many on Wall Street believe a less dramatic increase is more likely.

Meanwhile, U.S. taxable domestic investors own only about 25% of the U.S. stock market, according to UBS. The rest of the market is owned in accounts that aren’t subject to capital gains taxes such as retirement accounts, endowments and foreign investors, so the impact on overall stock prices should be limited even with a higher tax rate.

“We would expect opportunistic investors who are unaffected by this proposal to step in and take advantage of lower prices,” UBS strategists said in a note Friday.

Intel shares dropped more than 5% after it issued second-quarter earnings guidance below analysts’ hopes. American Express fell over 4% after the credit card company reported quarterly revenue that was slightly short of forecasts.

Snap shares, meanwhile, jumped 7.5% after the company said it saw accelerating revenue growth and strong user numbers during the first quarter. Snap broke even on the bottom line while posting revenue of $770 million.

Corporations have for the most part managed to beat Wall Street’s forecasts thus far into earnings season. Still, strong first-quarter results have been met with a more tepid response from investors, who have not, to date, snapped up shares of companies with some of the best results.

Strategists say already-high valuations and near-record-high levels on the S&P 500 and Dow have kept traders’ enthusiasm in check. But indexes are within 1% of their all-time highs.