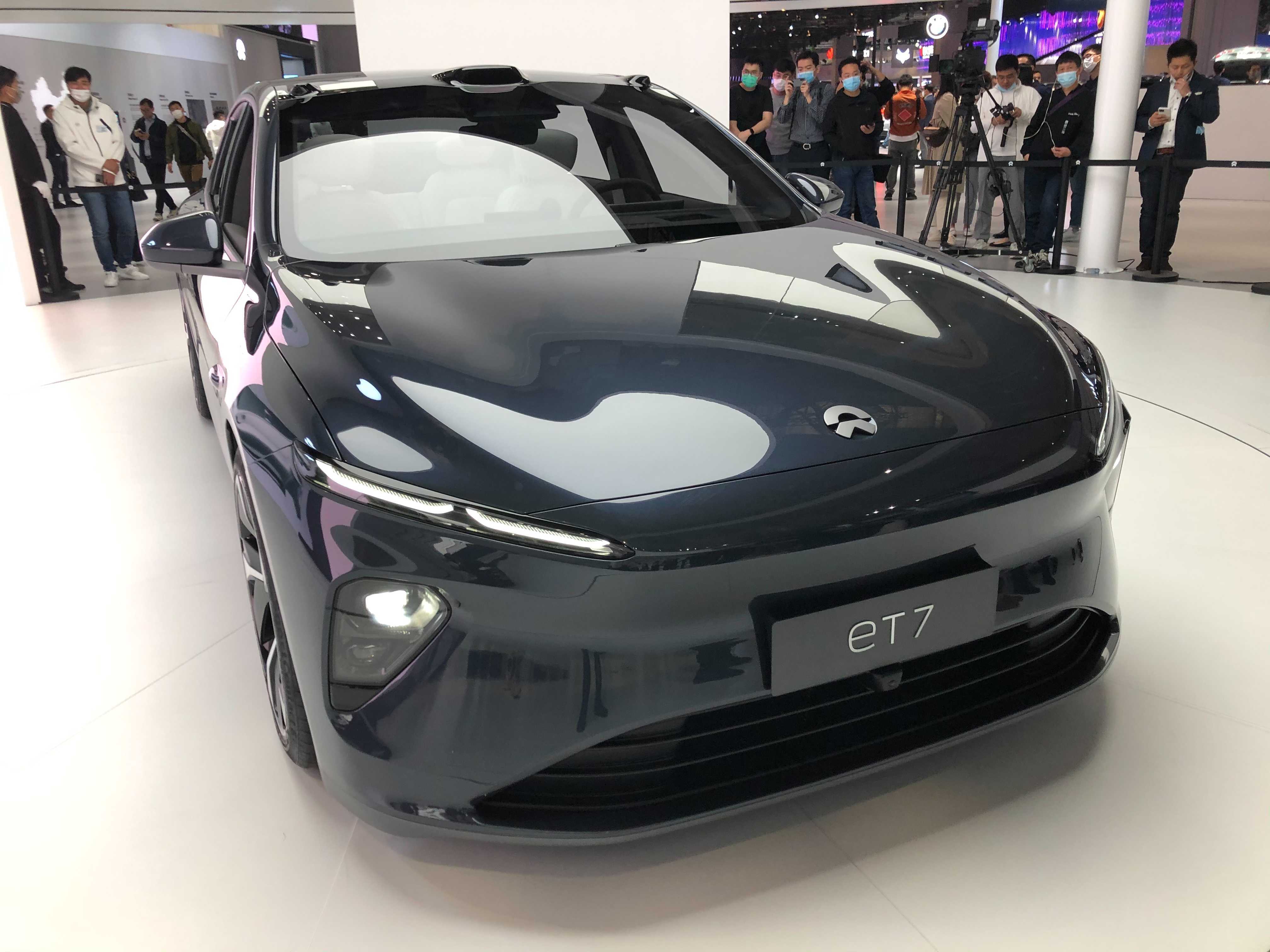 Nio plans to begin deliveries of its ET7 electric sedan in 2022.

A fire in March at a Japanese chip factory owned by Renesas has exacerbated an existing shortfall in semiconductors that has forced major automakers to cut production.

Without naming the factory, Nio’s Chairman William Li said during an earnings conference call he expects the negative impact of the fire to hit the auto supply chain in mid-May. The industry generally expects the shortage will reach a turning point in the third quarter, Li said.

For now, Nio had to halt production for five working days around the end of March, which will affect vehicle deliveries for April, Li said.

The start-up forecast second-quarter deliveries of between 21,000 and 22,000 vehicles, for growth of 5% to 10% from the first three months of the year. That’s a significant quarter-on-quarter slowdown from growth of 16% in the first quarter, and 42% in the fourth quarter.

Despite challenges from the supply chain and technological development, Li said the company’s first sedan, the ET7, remains on track for its scheduled launch to customers in the first quarter of 2022.

Nio delivered 20,060 vehicles in the first quarter, the most among its U.S.-listed electric car start-up peers in China. On Friday, Nio said vehicle sales for the period were 7.41 billion yuan ($1.13 billion).

However, Elon Musk’s Tesla has been steadily ramping up production in China, which brought in sales of $3 billion in the first quarter for the automaker. China’s share of Tesla’s global sales rose to 29% in the first three months of this year, up from 21% for all of 2020.

Tesla shares are down 4% so far this year. Nio’s have declined 20%.

Founded in 2014, Nio reported a smaller-than-expected loss per share in the first quarter of 0.23 yuan (4 cents) versus FactSet estimates of a 0.68 yuan loss a share.

Vehicle margin, a measure of profitability, rose to 21.2% in the first quarter, up from 17.2% the prior quarter. The increase was due mostly to consumers buying Nio’s driving assistance software and upgrading to a more expensive battery subscription plan, management said.

Nearly 60% of all Nio users have chosen the battery-as-a-service plan since its launch in August, company president Lihong Qin told CNBC on the sidelines of the Shanghai auto show last week.

Nio has also chosen a location in Oslo, Norway, for its first venture overseas, management said Friday. The start-up plans to release more details on May 6.