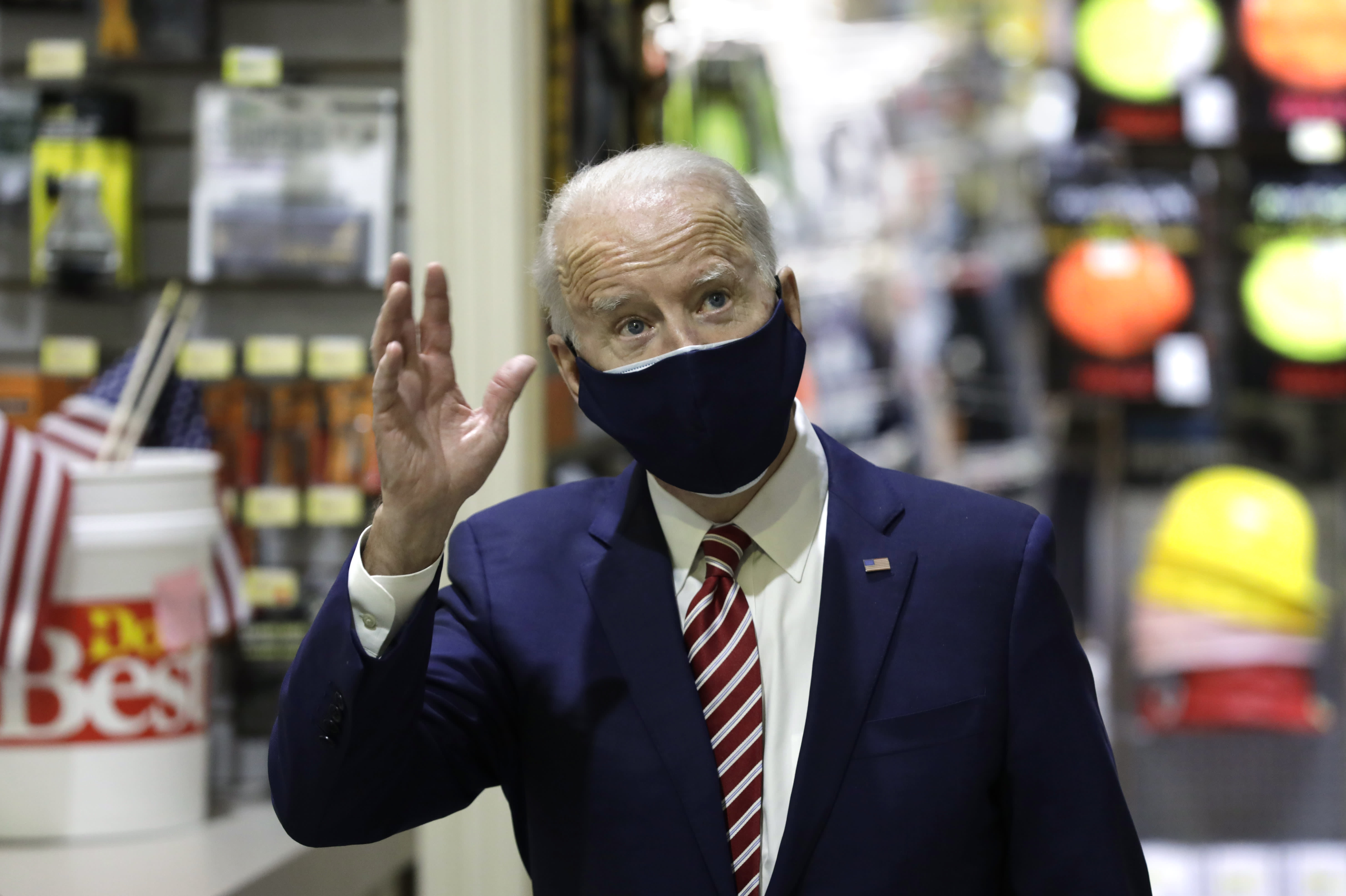 Confidence among small business owners has barely risen as fears about inflation, hiring costs, tax hikes and partisan politics weigh on Main Street as it shows some signs of returning to pre-pandemic levels.

According to a CNBC|SurveyMonkey Small Business Survey conducted last month, 64% of entrepreneurs say their business can survive more than a year under current business conditions as the wave of shutdowns and bankruptcies that crushed many Main Street enterprises eases and the country emerges from Covid-19. That’s up from 55% in the first quarter. The survey also found that 34% of business owners think current business conditions are good.

The survey’s Small Business Confidence Index ticked higher to 45 in the current quarter from a record low of 43 in the first quarter. To be sure, that’s still a negative sentiment reading.

“In the middle, confidence wise, is appropriate, because there are still lots of unknowns as far as the recovery,” Small Business & Entrepreneurship Council President Karen Kerrigan said. “Many are still digging out … paying back-rent, getting back to a normal level of revenue.”

The percentage of business owners forecasting a revenue decrease over the next year dropped to 18% from 27% last quarter. Less than half, 46%, expect revenue to grow.

The U.S. economy is staging a sharp recovery as several rounds of stimulus checks have buoyed consumers. President Joe Biden’s infrastructure plan and spending priorities are also expected to provide an economic boost. But views about the president’s ambitions are mixed on Main Street.

While just over half of small business owners support Biden’s infrastructure legislation, there is a divide on Main Street driven by party affiliation. According to the survey, 97% of small business owners who identify as Democrats and Democratic leaners support The American Jobs Plan. That drops to 55% among independents and to 23% among Republicans and GOP leaners.

The tax policy needed to fund the infrastructure plan divides small business owners, with 39% of entrepreneurs in favor of paying for the measures by raising the corporate tax rate to 28% from 21%, while 59% disapprove. The partisan split here is also wide: 85% of Democrats and Democratic leaners approve of a corporate tax hike, along with just 38% of independents and a mere 13% of Republicans and GOP leaners

“We view this as a fragile recovery and these proposals certainly infuse a little more uncertainty into that,” said Kevin Kuhlman, vice president of federal government relations at the National Federation of Independent Business. The NFIB’s most-recent survey found small business confidence is back at its historical average after being below that level for nearly a year.

Certain industries within the small business community should benefit from infrastructure spending, such as construction and internet services. But Biden’s alignment with labor unions could dampen expectations among small business owners over the plan’s potential benefits.

“Most companies are not union companies,” Kerrigan said, though she added most do view infrastructure spending positively.

As businesses attempt to get back to normal, finding workers and supply chain issues are still headwinds for operating at full capacity.

A quarter of small businesses expect their headcount to increase in the next year, up from 19% last quarter. However, 24% have open positions that have gone unfilled for at least 3 months, up from 16% in first-quarter 2020 (the last time the survey polled entrepreneurs on this question).

The economic rebound can be seen in the hard-hit accommodation/food services sector, where 34% of businesses have open positions and 31% expect to hire more over the next year. More than half of business owners in this space expect revenue to rise over the next 12 months, while only 13% anticipate a further decline.

But Main Street is also concerned about the price of raw materials rising while the government pushes for higher corporate taxes and a higher minimum wage. Just under half, 48%, of small business owners said the cost of raw materials will increase the most (compared to cost of labor and cost of capital) over the next six months.

“These are real things that impact the business and operations,” Kerrigan said. Global supply chain issues — which have hit businesses of all sizes — and the struggle to find new suppliers, have combined with inflation to limit the small business sector’s ability to get back to pre-pandemic levels of confidence.

“They feel squeezed because they can’t raise prices and all the chatter about the potential for inflation has an impact on confidence and how much they invest,” she added.

The influence of personal politics on small business sentiment is evident in the survey responses related to immigration.

The change of administration has caused a secular shift in how Republican small business owners feel about tax, regulatory and immigration policy, which are core factors in dampening the Small Business Confidence Index reading. Confidence among Republicans rose to 35 from 32. However, that number was at 57 in the quarter before the 2020 election.

Meanwhile, 41% of small business owners expect changes in immigration policy over the next 12 months to have a negative impact on their businesses, up from 36% in the first quarter and up from 17% a year ago. Overall, 17% of owners said immigration is the issue that matters most to them right now, up from 5% who said that in the first quarter. That rise led immigration to pass health-care policy in the second-quarter survey to be viewed as the most important issue on Main Street behind jobs and the economy. Over one-quarter of Republicans, 27%, view immigration as the most important factor versus 9% of independents and 3% of Democrats.

The current crisis at the country’s southern border and surge in migrants has been a challenge for the administration, but small business experts say partisan politics is the likely explanation for this shift.

In fact, Kerrigan noted the small business community has been generally pro-immigration reform during the past two decades and that the Trump administration’s immigration policy was a net negative for Main Street. Kerrigan said small business owners also may be disappointed that Biden has not yet shown more action on fixing a broken immigration system that makes it hard to get worker visas.

The CNBC|SurveyMonkey online poll was conducted April 19-26, 2021, among a national sample of 2,201 self-identified small business owners ages 18 and up, using the SurveyMonkey platform. This quarter, the research also included results from 9,225 individuals who do not own small businesses.