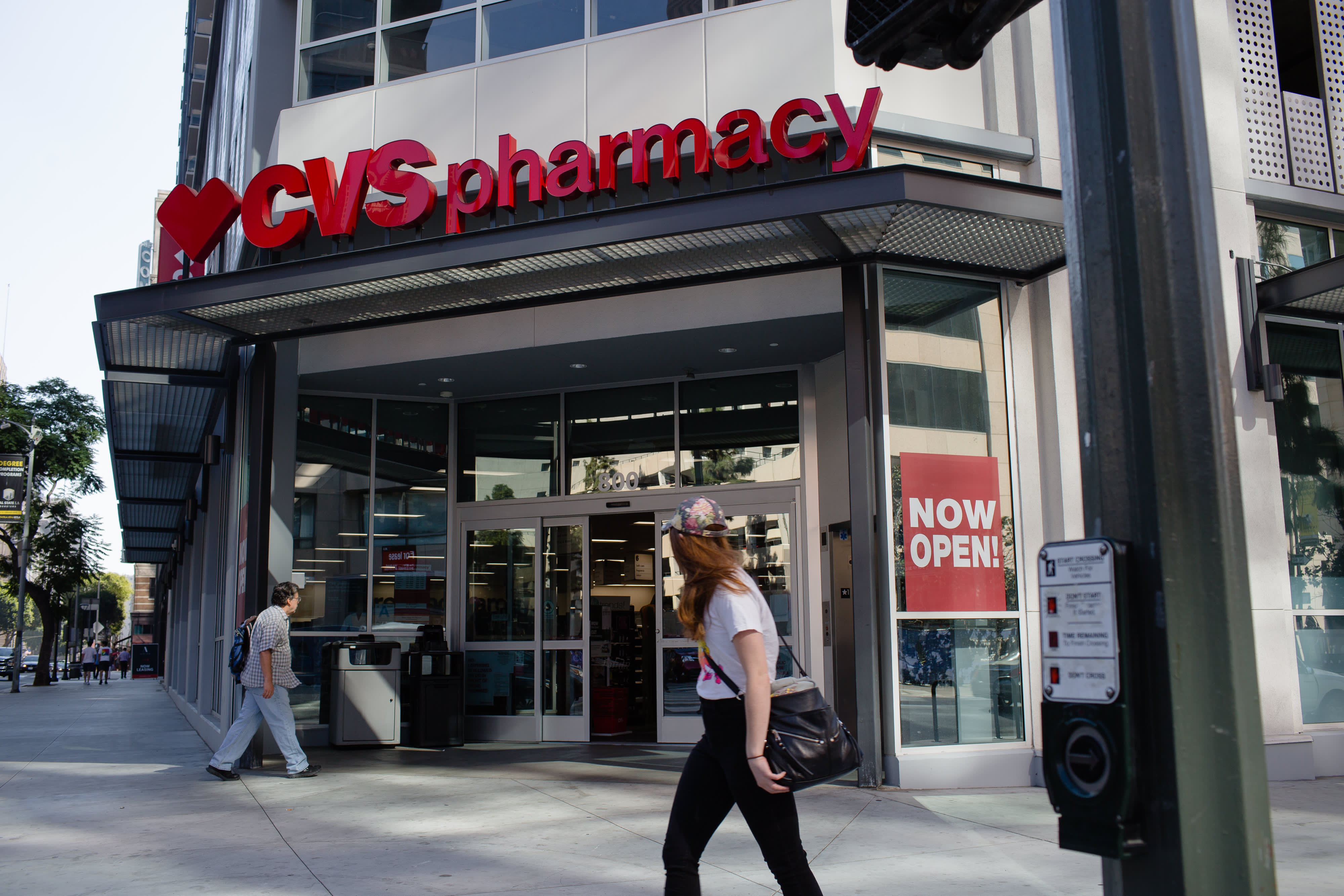 A customer walks towards the entrance of a CVS Health Corp. store in downtown Los Angeles, California, U.S., on Friday, Oct. 27, 2017.

U.S. Steel — Bucking declines in the broader market, shares of U.S. Steel rose 5.8% in midday trading after Credit Suisse upgraded the stock to outperform from underperform. Analyst Curt Woodworth told clients in a note that the surge in prices for steel made it clear that the industry was in a “super cycle.” He sees U.S. Steel stock rallying 42% from where it closed on Monday.

CVS Health — Shares of the pharmacy retailer gained 3.8% just after 11 a.m. in New York after CVS said it earned $2.04 per share in the first quarter, above the $1.72 expected. CVS sales, which also topped expectations, rose at its stores as customers flocked to the company’s locations to receive their Covid-19 vaccine. The company raised its full-year forecast.

Microsoft, Apple, Amazon, Facebook, Alphabet — Shares of Big Tech stocks dropped on Tuesday with the Nasdaq Composite down over 2%. Shares of Netflix lost 1.6%, and Microsoft dropped 2.1%. Amazon and Facebook shed about 2.6%. Apple dropped 3.8% and Alphabet fell more than 3%.

SolarEdge – Shares of the solar inverter maker dropped more than 14% after the company warned that margins could be lower going forward, thanks to higher freight costs. SolarEdge did, however, top analyst expectations during the period. The company earned 98 cents per share excluding items, while revenue came in at $405.5 million. Analysts surveyed by FactSet were expecting earnings of 80 cents per share and $395.4 million in revenue.

Under Armour – Shares dipped just shy of 3.6% despite the company beating top and bottom line estimates during the first quarter. The retailer reported adjusted earnings per share of 16 cents on revenue of $1.26 billion. Analysts surveyed by Refinitiv were expecting the company to post a per-share profit of 3 cents on $1.13 billion in revenue. Separately, Under Armour said it reached a settlement with the Securities and Exchange Commission over claims of disclosure failures.

Kroger, Alberstons — Shares of the grocery chains fell about 3.6% and 2%, respectively after Goldman Sachs said the return of restaurants and rising food prices should put pressure on supermarket stocks in the months ahead. Goldman downgraded Kroger to sell from neutral and Albertsons to neutral from buy, saying the companies were likely to be pinched by weakening demand and higher costs.

Quest Diagnostics — Shares of Quest Diagnostics gained 2% after UBS upgraded the stock to buy from neutral, saying industry fundamentals appeared to be at their healthiest point in more than a decade even as the revenue stream from Covid testing wanes.

Avis Budget — The car rental company’s shares dropped 4% despite a better-than-expected earnings report. Avis reported a loss of 46 cents per share, less than the expected loss of $2.16 per share, according to Refinitiv. Revenue also topped estimates. Avis management commented on the chip shortage and did not provide forward-looking guidance.

iRobot — Shares of iRobot fell 11% after reaffirming the range of its profit guidance, which is on the low end of analysts’ expectations. The company, however, reported EPS of 41 cents per share, well above the 9 cents per share expected on Wall Street, according to Refinitiv. Revenue also topped estimates.

— with reporting from CNBC’s Pippa Stevens and Tom Franck.