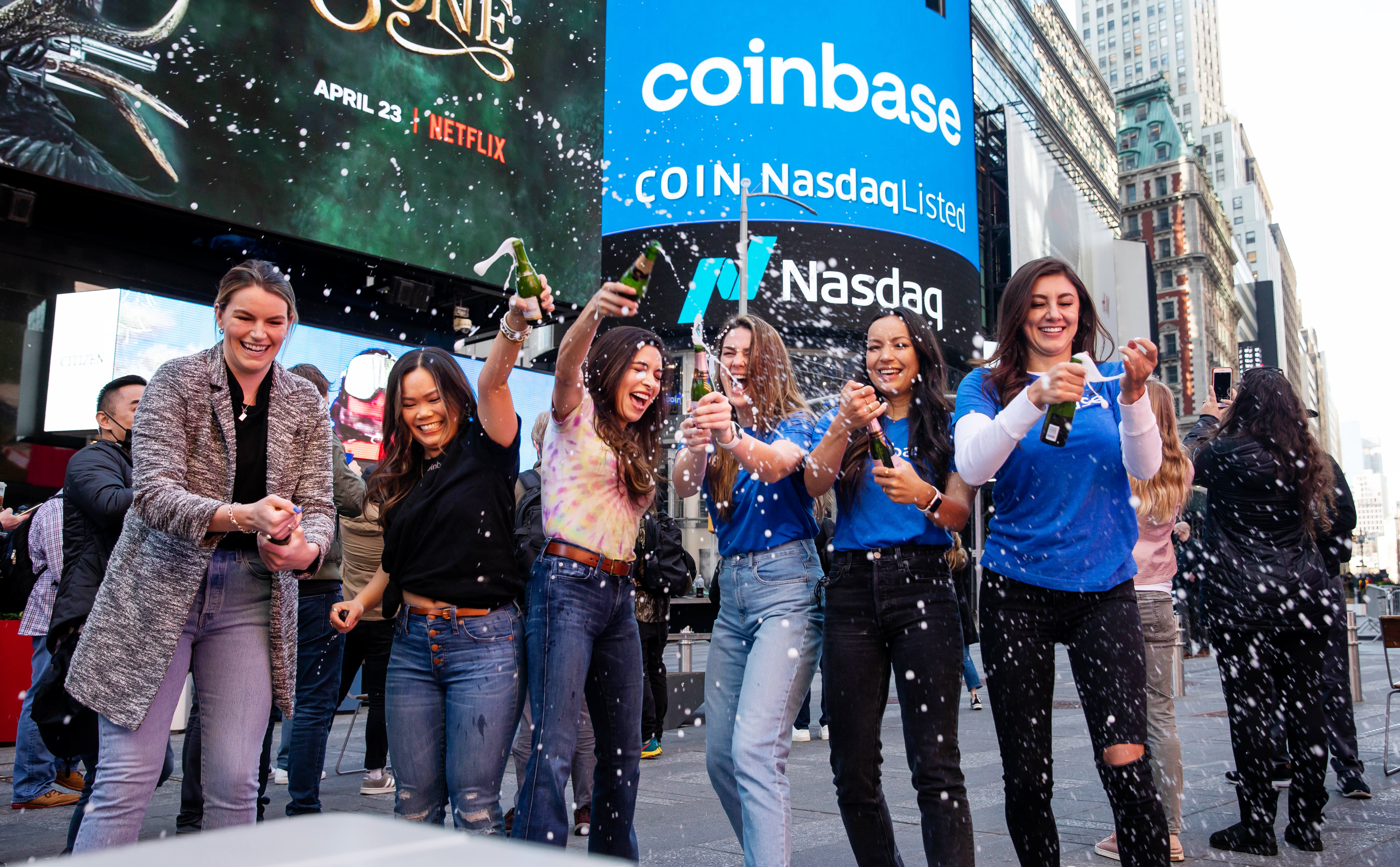 LONDON — Stock market listings are making founders, venture capitalists and large institutional investors a fortune. Now, retail traders are looking to get in on the action by using a slew of new digital investment platforms.

David Middleton, an M&A advisor based in Warrington, England, bought shares of companies that listed recently, like Palantir, Snowflake and Coinbase, on the stock trading app Freetrade.

“For me it was just a case of: I just like the sound of the business,” Middleton told CNBC over the phone.

Middleton, who is a member of London-based financial education website Finimize, says it’s been a “bumpy road” when it comes to his investments, but that he’s in it for the long term. So far, he’s made a gain on his investments.

“I’m not someone that goes into massive amounts of financial details — there are so many other things that affect share prices,” he added. “I don’t really care what happens in the short term. It could go up or it could go down. I sort of just want to be there for the ride.”

Several platforms have emerged over the years that let amateur investors own a small slice of companies in both the public and private markets. In venture capital, equity crowdfunding services like Crowdcube and Seedrs have long allowed start-ups to raise funds from users, the idea being that this bolsters the relationship between customers and brands.

On Thursday, Crowdcube will launch a secondary market called Cubex, which lets existing shareholders offload some of their stakes in privately-held businesses to retail investors. The platform pulls in data from Crunchbase, a site that shows insights on start-ups, to provide users with information about the companies it lists.

“What we’ve done well over the past 10 years is to enable ordinary people be able to invest in exciting companies,” Darren Westlake, Crowdcube’s CEO and co-founder, told CNBC.

“Our marketplace will list thousands of European companies, the idea being retail investors can come into the platform, use powerful search and discovery tools on the platform and customization to be able to find companies that are of interest to them.”

It’s a particularly timely product launch, especially as a flurry of European tech start-ups look set to go public in the coming months. This year has already seen the likes of Deliveroo and Darktrace enter the public markets, and several other firms are mooted to list soon, including Wise, WeTransfer and Klarna.

Novice investors are increasingly looking to buy into companies’ debuts. Deliveroo let its customers and the general public invest in its IPO through a platform called PrimaryBid. However, due to conditional trading restrictions, these investors were locked into their positions until a week after Deliveroo’s first day of trading. The food delivery firm’s shares slumped sharply in its debut, becoming one of the worst London IPOs in history.

“Enabling retail investors to get access to the IPO at the same stage as institutional investors is vital to the market,” said Westlake, who invested £1,000 ($1,390) into Deliveroo via PrimaryBid.

In Britain, some investment platforms are lobbying for the government to let retail investors take part in IPOs to help level the playing field between individual and institutional investors.

“As it stands, retail shareholder rights are almost completely ignored when it comes to the vast majority of IPOs, which largely take place between City institutions behind closed doors,” the CEOs of Hargreaves Lansdown, AJ Bell and Interactive Investor wrote in an open letter to City Minister John Glen in February.

The U.K. Treasury department — which is currently looking to reform London’s listings regime — was not immediately available for comment when contacted by CNBC.

Stateside, Robinhood is reportedly developing a platform that would let its users buy into IPOs, including its own, according to Reuters. The company played a key role when retail traders piled into highly-shorted stocks like GameStop and AMC. Robinhood faced criticism from users for restricting trading in such shares due to volatility and regulatory requirements.

Some investors want to back companies at the earlier stage of their journey, in the hope of securing sizable gains by the time a firm floats or is acquired.

In the U.K., Passion Capital, an early investor in digital bank Monzo, opened up its third fund to the public through Seedrs. The move meant anyone could become an investor in Passion Capital’s new fund — a role usually limited to pension funds and family offices — and would therefore benefit if the fund’s portfolio rises in value.

“We’ve already heard from other venture fund managers who were just as excited about this, and who have told us they’ll also be using Seedrs to do the same in the near future,” Eileen Burbidge, founding partner of Passion Capital, told CNBC.

Burbidge said she saw a link between the Reddit-fueled stock market frenzy and her initiative.

“Clearly one of the guiding themes was to try and diminish some of the impact of ‘faceless’ hedge funds and bring some of that ‘market power’ to the retail investor,” she said. “Access to market impact, exposure and assets that have been historically been preserved for institutions or the ‘wealthy’ for more individuals is a good thing.”

But, she added, individual investors should be properly informed of the risks involved before making such investment decisions.