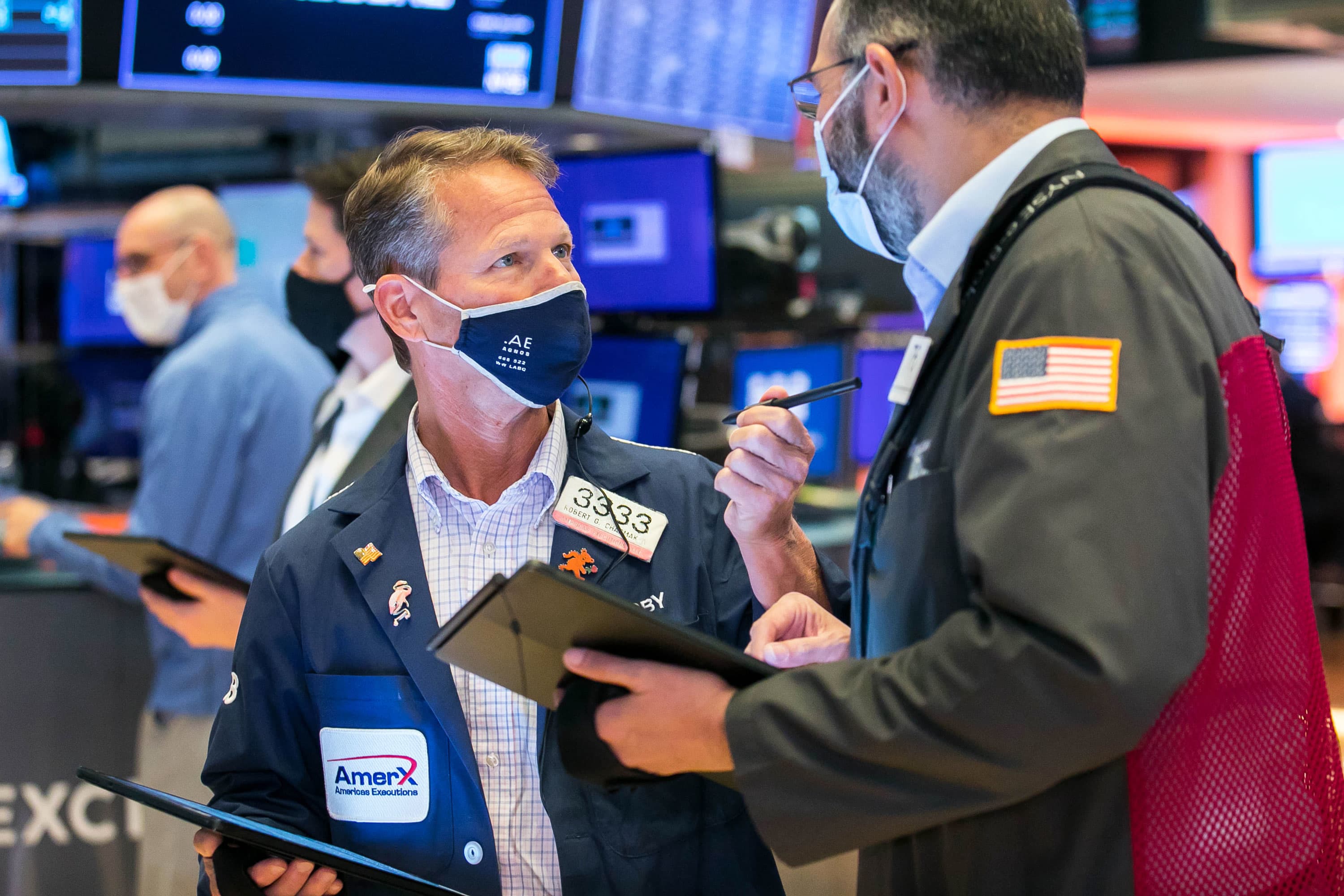 Stock futures were flat in overnight trading after major averages rebounded from a three-day losing streak on Thursday led by technology shares.

The move in futures followed a comeback day on Wall Street with the Dow gaining 186 points and the S&P 500 and Nasdaq composite ending the day 1.06% and 1.77% higher, respectively. Microsoft, Facebook and Alphabet all rose more than 1% while Netflix and Apple rallied more than 2% each.

Shares of Tesla and other speculative parts of the market bounced back as bitcoin prices recovered after a rollercoaster session Wednesday. However, bitcoin briefly turned negative after the Treasury Department called for stricter cryptocurrency compliance with the IRS.

A new pandemic-low in jobless claims also helped sentiment on Thursday. First-time unemployment benefits claims for the week ended May 15 came in at 444,000, the lowest since March 14, 2020, the Labor Department reported Thursday. Economists surveyed by Dow Jones had been expecting 452,000 new claims.

Thursday’s “jobless claims improvement furthers our view the disappointing April jobs report was likely a blip rather than a sign of deceleration, and we anticipate meaningful labor market improvement in coming months,” said Scott Ruesterholz, a portfolio manager at Insight Investment.

Despite the Thursday’s rebound, the Dow is down 0.9% in the past week, on track to see its fourth negative week out of the past five weeks. The S&P 500 is 0.4% lower on the week, on pace for its second negative week in a row. The Nasdaq Composite is up 0.8%, positioned to break a 4-week losing streak.