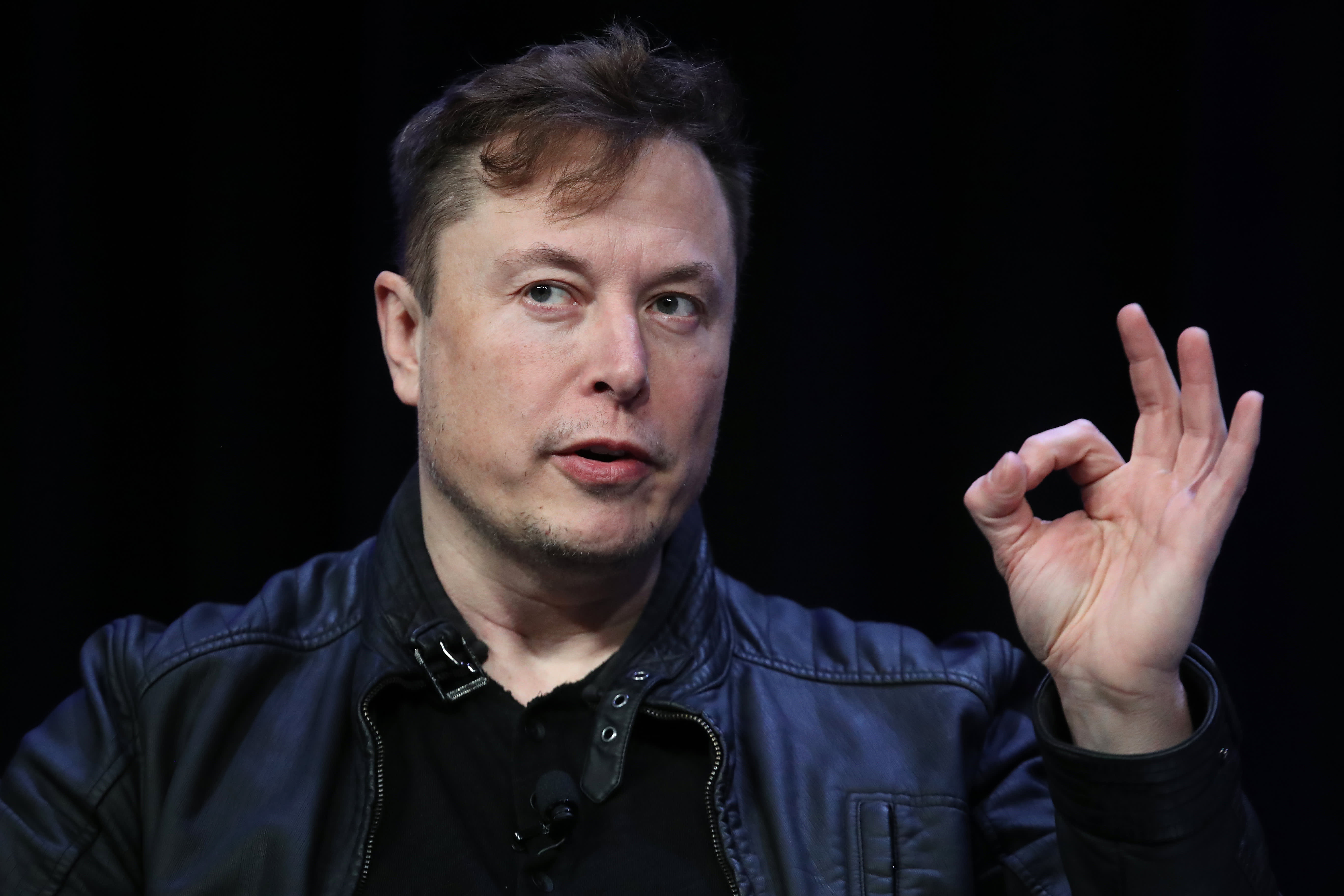 Elon Musk, founder and chief engineer of SpaceX speaks at the 2020 Satellite Conference and Exhibition March 9, 2020 in Washington, DC. Musk answered a range of questions relating to SpaceX projects during his appearance at the conference.

The billionaire Tesla CEO tweeted a meme about a couple breaking up over the male partner quoting Linkin Park lyrics, adding the hashtag #Bitcoin and a broken heart emoji.

The cryptocurrency recovered slightly, but still remained in the red, after Square CEO Jack Dorsey tweeted on Friday morning that the digital payments company is considering creating a hardware wallet for bitcoin.

It’s not the first time Musk’s tweets about crypto have moved the market. In May, he said that Tesla would stop accepting bitcoin as a payment method due to concerns over its energy usage, shaving hundreds of billions of dollars in value off the entire crypto market in a single day.

Some in the crypto industry have criticized Musk in the past for his posts about digital currencies. Musk has frequently tweeted about “joke” cryptocurrency dogecoin, for instance, often resulting in wild moves in its price.

Following his latest tweet about bitcoin, Changpeng Zhao, the CEO of Binance, disapproved. Binance is the world’s largest crypto exchange by trading volumes, according to CoinMarketCap data.

“Tweets that hurt other people’s finances are not funny, and irresponsible,” Zhao, who is known in crypto circles as “CZ,” tweeted Friday.

Musk’s Twitter posts have also affected assets beyond crypto. On Wednesday, shares of Samsung Publishing, a major shareholder in the producer of “Baby Shark,” soared after a tweet from Musk about the viral children’s song.

His tweets have attracted the ire of the U.S. Securities and Exchange Commission, which in 2018 accused Musk and his electric car firm of committing securities fraud after the CEO tweeted that he would take the company private and had “funding secured” for the deal.

This week, it emerged that the SEC reportedly reprimanded Musk for allegedly violating the terms of a settlement agreement with the securities regulator. SEC officials highlighted a tweet in May last year in which Musk said that Tesla’s stock price was “too high.”

What’s next for bitcoin?

In a new note this week, JPMorgan said institutional investors were not buying the dip in bitcoin, and suggested prices may have further to fall.

Bitcoin’s proponents view the digital currency as a store of value similar to gold, arguing it can act as a hedge against inflation as central banks around the world ramp up stimulus in response to the coronavirus crisis. But skeptics say bitcoin is a speculative bubble waiting to burst.

Thousands of bitcoin investors have descended on Miami this week for a conference dedicated to the cryptocurrency. Miami Mayor Francis Suarez is himself a believer in bitcoin, telling CNBC Thursday that the city is “actively looking at” paying employees in crypto.

“I think crypto is just fake money,” Andrey Kostin, chairman of Russia’s VTB Bank, told CNBC’s Hadley Gamble at the St. Petersburg International Economic Forum on Friday. “Somebody’s sitting somewhere mining and mining like in the Middle Ages and then using them.”

“No government will accept it because it’s not under any government regulations,” he added. “They can’t control it.”

Kostin alluded to several central bank initiatives to develop digital versions of existing money like the dollar, the euro, the Chinese yuan or, in Russia’s case, the ruble.

“It’s inevitable,” he said. “The whole world is moving to a digital world. And currency is not excluded from this process.”