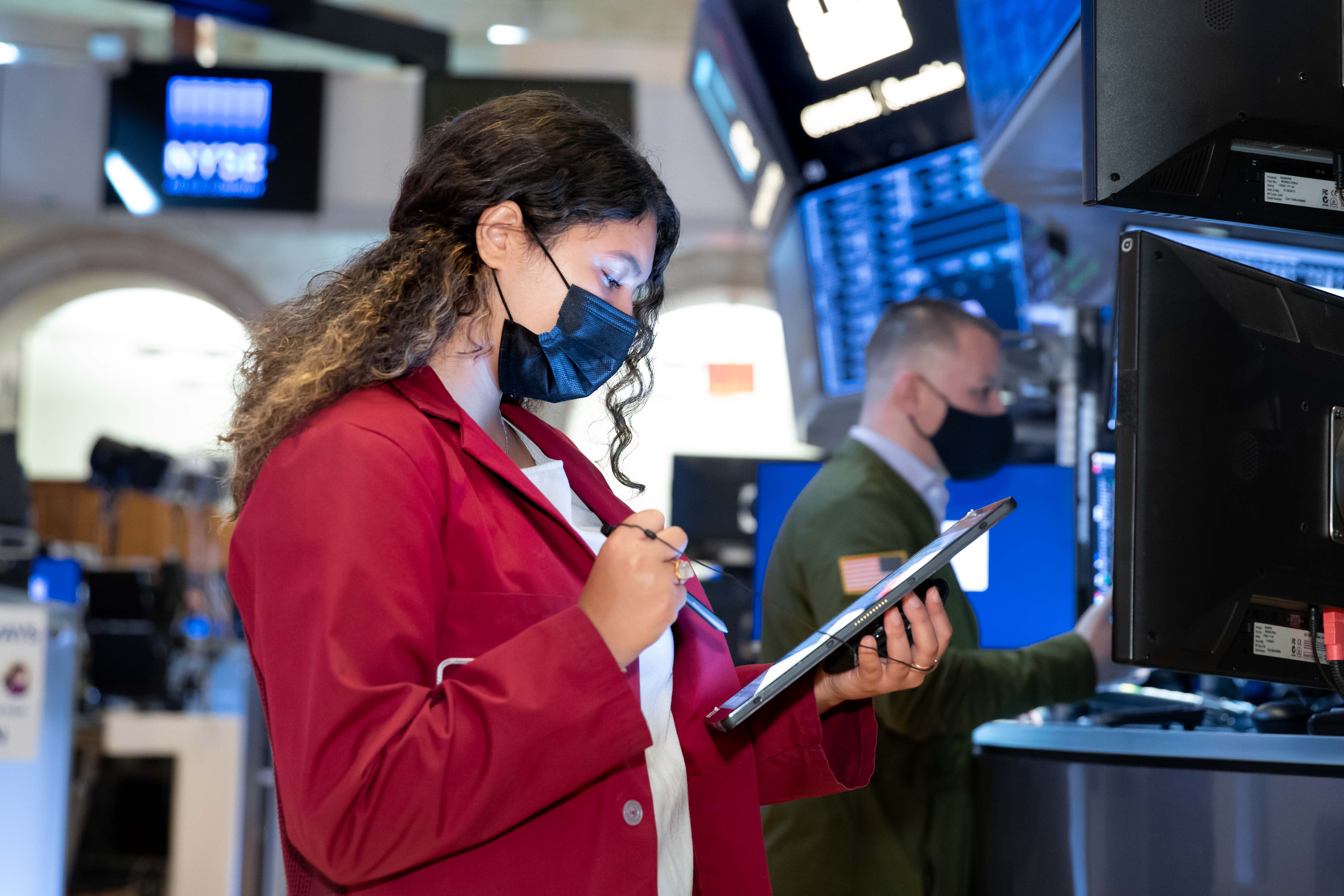 Stock futures fell in early morning trading on Thursday after the Federal Reserve raised inflation expectations and forecast rate hikes as early as 2023.

Markets rallied off their intraday lows after Fed Chair Jerome Powell said projections for future rate increases should be “taken with a big grain of salt” and reiterated that he believes that inflation is transitory.

Powell also did not issue guidance on when the central bank will begin tapering its bond-buying program.

“You can think of this meeting that we had as the ‘talking about talking about’ meeting, if you’d like,” Powell said when asked about tapering. “I now suggest that we retire that term, which has served its purpose.”

The Fed chair said the central bank will continue to monitor the economic recovery and will provide “advanced notice” before announcing any updates regarding tapering.

“The market is reacting violently to the Fed’s upgrade to the inflation forecast and bringing those two interest rate increases forward, but I’m not sure what they were expecting considering some of the [inflation] numbers,” said Michael Arone of State Street Global Advisors.

“There’s this disconnect between the summary of economic projections and what’s in the statement,” Arone said. “The big question is ‘is this transitory or is it more permanent?’ and what the Fed did today didn’t help clarify that conversation.”

Also on Wednesday China announced it will release industrial metals from its natural reserves to keep commodity prices in check.

Investors await quarterly earnings reports from Adobe, Kroger and other companies on Thursday.