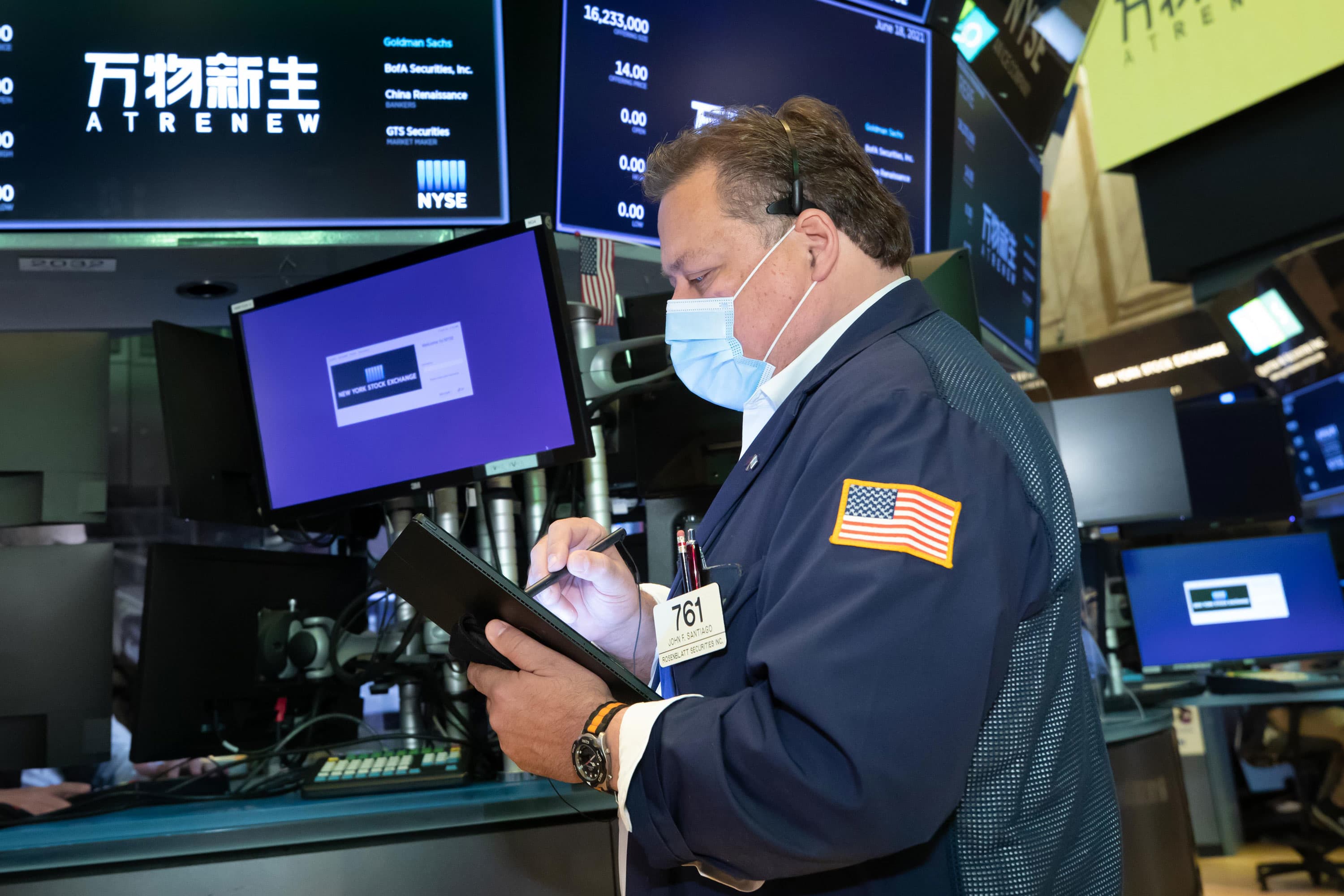 The floor of the New York Stock Exchange, which has been quiet in the past year, has suddenly come to life.

Traders have been returning, restrictions have been relaxed so more visitors can come on the floor, and the IPO business is booming.

“We saw exciting and innovative businesses come to the market in the first half of the year, and we expect that IPO pipeline to continue throughout the second half,” Peter Giacchi, head of DMM floor trading at Citadel Securities, told me.

The IPO business, which has taken a back seat to SPACs for a good part of 2020 and early 2021, has returned big-time.

This week alone, 18 companies are seeking to go public, including Chinese ride-hailing company Didi Global in what will be the biggest IPO of the year (Didi has reportedly priced at $14), along with doughnut chain Krispy Kreme, cybersecurity company SentinelOne, travel security firm Clear Secure, and online legal platform LegalZoom.

That’s the most companies in a single week since 2004.

“The setup could not be more perfect,” Santosh Rao, head of research at Manhattan Venture Research, told me. “It’s risk-on sentiment, with markets at new highs. And when the VIX [Volatility Index] is below 20, it has always helped the market.”

There’s another reason for the sudden rush of companies this week: the end of a strong quarter.

“You want to get the company out at the end of the quarter, because if you wait into the next quarter you have to publish updated financials,” Rao said.

The IPO rush will likely start the second half like it is ending the first half: with a bang.

First half a monster for IPOs

Almost any way the data is sliced, the first half of the year was a monster for the IPO market, which saw 213 IPOs raise over $70 billion.

“That is above the full-year average for the last 10 years,” Matt Kennedy, senior market strategist for Renaissance Capital, which advises clients on IPOs and runs the Renaissance Capital IPO ETF, told me. “We haven’t seen this level of activity since the 1996-2000 time frame.”

It’s not just the number of IPOs: the dollar value was high. There are 16 IPOs that have raised a billion dollars or more in the first half, and Didi and SentinelOne are likely to make it 18. “That is far and away the largest number of billion-dollar IPOs in a first half ever,” Kennedy said.

After slowing somewhat in May, June was also the busiest single month since August 2000.

These numbers are all the more remarkable, considering that SPACs continue to compete with IPOs for listings. The SPAC business, however, has slowed considerably. Fifty SPACs raised $9.3 billion in the second quarter, an 89% decline in proceeds from the prior quarter.

Rewards for IPO investors, but mostly on the first day

IPO investors have been rewarded: excluding two high-flying micro-caps, the average IPO returned 26% in the second quarter, according to Renaissance Capital.

However, the vast majority of that return (24%) was earned on the first day of trading.

“That is not ideal for retail investors,” because retail investors are buying in on the first day, so while some of that first-day return may be available, a good portion is not, Kennedy explained. “The majority of the returns are going to the institutional buyers.”

The Renaissance Capital IPO ETF, a basket of roughly 60 of the most recent larger IPOs, tanked in May along with many speculative tech stocks, but has since rallied back into positive territory for the year, though it still lags the S&P 500.

The IPO pipeline currently has 87 companies on file looking to raise a total of more than $20 billion, including the Mark Wahlberg-backed fitness studio F45 Training and luxury social club operator Membership Collective, owner of Soho House.

There’s also plenty of private companies that have not filed that are expected to do so in the coming months, or who have filed confidentially, including:

Is the glut of IPOs causing problems for buyers?

Kathleen Smith, chairwoman of Renaissance Capital, fears that business may be a little too good.

“The activity is so great that many of our clients are complaining they can’t look at everything, and that’s bad,” Smith told me. “It means they’re not able to do all the homework they need to do.”

“You need to have quality control. The only quality control is when a fund manager is doing their homework, or some market event happens that causes recent IPOs to drop fast.”

Can the IPO industry repeat the historic performance of the first half of this year?

“In theory, we are set for another explosive quarter, but it is a volatile space,” Kennedy said.

“The IPO market can turn on a dime, and if the returns to investors tank that could sour the whole market,” he said.

Indeed, IPOs did tank in May, when speculative tech stocks, many of which were recent IPOs, tanked on inflation worries. They have since recovered.

“These young companies trade on the potential for profitability down the road,” Rao said. “They are very sensitive to a rise in interest rates, but right now there is no big fear of much higher interest rates. That’s why it’s still risk-on. FOMO [Fear of Missing Out] is the biggest thing.”