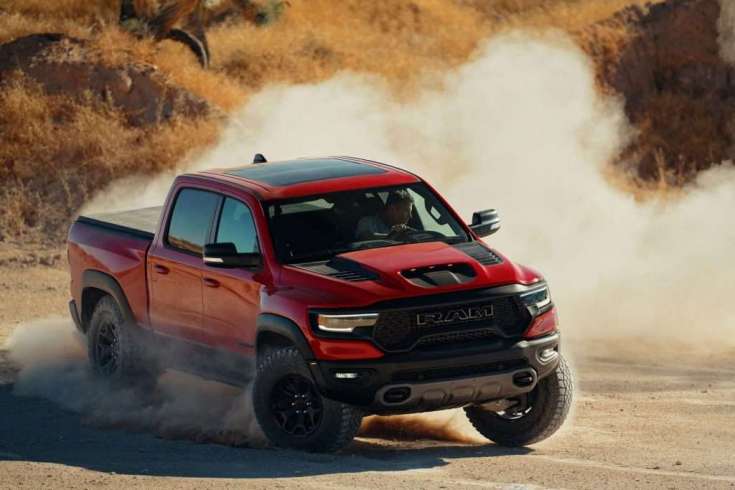 Ram trucks topped J.D. Power’s ranking of new vehicles by quality for the first time ever. Across the industry, the annual study showed drivers complained the most about new high-tech features, such as infotainment systems.

J.D. Power’s annual Initial Quality Study is considered an important measure within the auto industry. The firm surveys thousands of new car owners and scores auto brands based on the number of problems reported per 100 vehicles within the first 90 days of ownership. Problems can range from sluggish smartphone connectivity to engine troubles and bad paint.

The average number of problems per 100 vehicles stood at 162, a 2% improvement from the prior year. The Nissan Maxima had the best score of any single model in the study, with 85 problems reported per 100 new vehicles.

The top problem reported by owners pertained to Android Auto or Apple CarPlay connectivity, which significantly worsened as automakers implemented new wireless connectivity for the phone mirroring features. It was the first time since 2011 that voice recognition was not the top problem in the study.

Tesla isn’t officially part of the study because it doesn’t give J.D. Power access to customer data; the automakers’ permission is legally required in 15 states. However, J.D. Power researchers were able to rank Tesla in their quality study starting last year, basing their unofficial score on surveys from owners in the other 35 states.

Vice president of automotive quality at J.D. Power, Dave Sargent, said Tesla owners reported problems that had more to do with the build quality, fit and finish of its vehicles rather than the technology inside them. Examples included body panel gaps, paint issues, wind noise, interior squeaks and rattles.

Only one battery electric vehicle, an electric version of the Mini Cooper, ranked above average on the list, Sargent said.

Generally the problems owners reported with battery-powered vehicles were not directly attributable to the fact that they were EVs, he said, meaning they didn’t have issues with their new electric vehicles’ battery or electric motors in the first 90 days of ownership.

“These vehicles, because they are being offered generally to people who are very tech savvy, tend to be loaded up with latest features and those do not always go well on any vehicles,” Sargent said, adding he believes the vehicles will get better.

With seven top-ranked vehicles, Hyundai placed as the top overall automaker in the study. Toyota was second with six vehicles, followed by BMW and Nissan at four. General Motors and Stellantis had two.