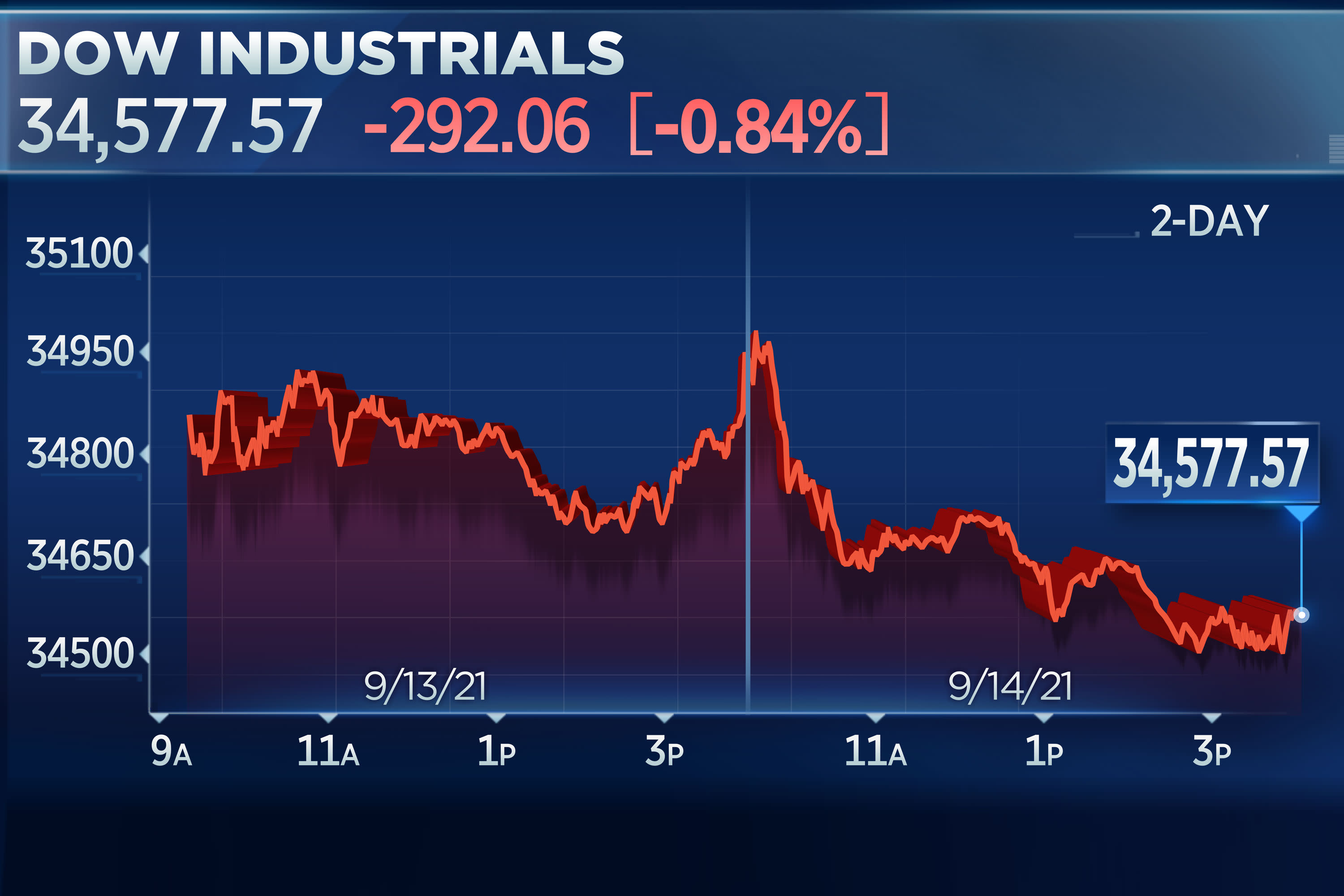 U.S. stock indexes closed lower Tuesday, giving up gains earlier in the session after a better-than-feared inflation reading and falling back into their September doldrums.

Stocks popped at the open after the August consumer price index, while still showing a significant jump in inflation, came in less than expected. However, the stock averages turned lower roughly half an hour into trading.

“What we need to see to be fundamentally markets supportive is a continued easing in the inflation piece without deterioration in the economic outlook,” said Liz Ann Sonders, Charles Schwab chief investment strategist.

Apple shares closed nearly 1% lower after the company unveiled the new iPhone 13 at its annual fall product event, its stock movement in line with historical patterns.

Meanwhile, investors crowded into some of their favorite tech bastions with Microsoft ending the day 0.9% higher.

Stocks have been under pressure since August’s jobs report, released by the Labor Department on Sept. 3, missed expectations.

“The next couple of weeks, economic data points become even more important to see whether it confirms the the weakness that we saw on the August jobs report or starts to suggest that maybe we’re seeing an improvement,” Sonders said.

The S&P 500 and the Nasdaq Composite are down more than 1% in September, while the Dow is down 2.2% for the month. For the past two days, stocks rolled over from intraday highs earlier in the session.

September is historically the worst month for markets with an average decline of 0.56% in the month dating back to 1945, according to CFRA.

The Federal Reserve begins a two-day policy meeting on September 21. The central bank is monitoring key economic indicators like inflation readings as it decides when to taper its pandemic-era easy monetary policy.

“I believe the Fed will talk about tapering in September and not announce it until the November meeting and then put it in place before the end of the year,” said Art Hogan, chief market strategist at National Securities.

“I think the market is starting to come to grips with the idea there is going to be a tax hike and the next round of stimulus is actually a tightening of fiscal policy, not stimulus, not through the lens of an equity investor,” said Barry Knapp, Ironsides Macroeconomics managing partner.