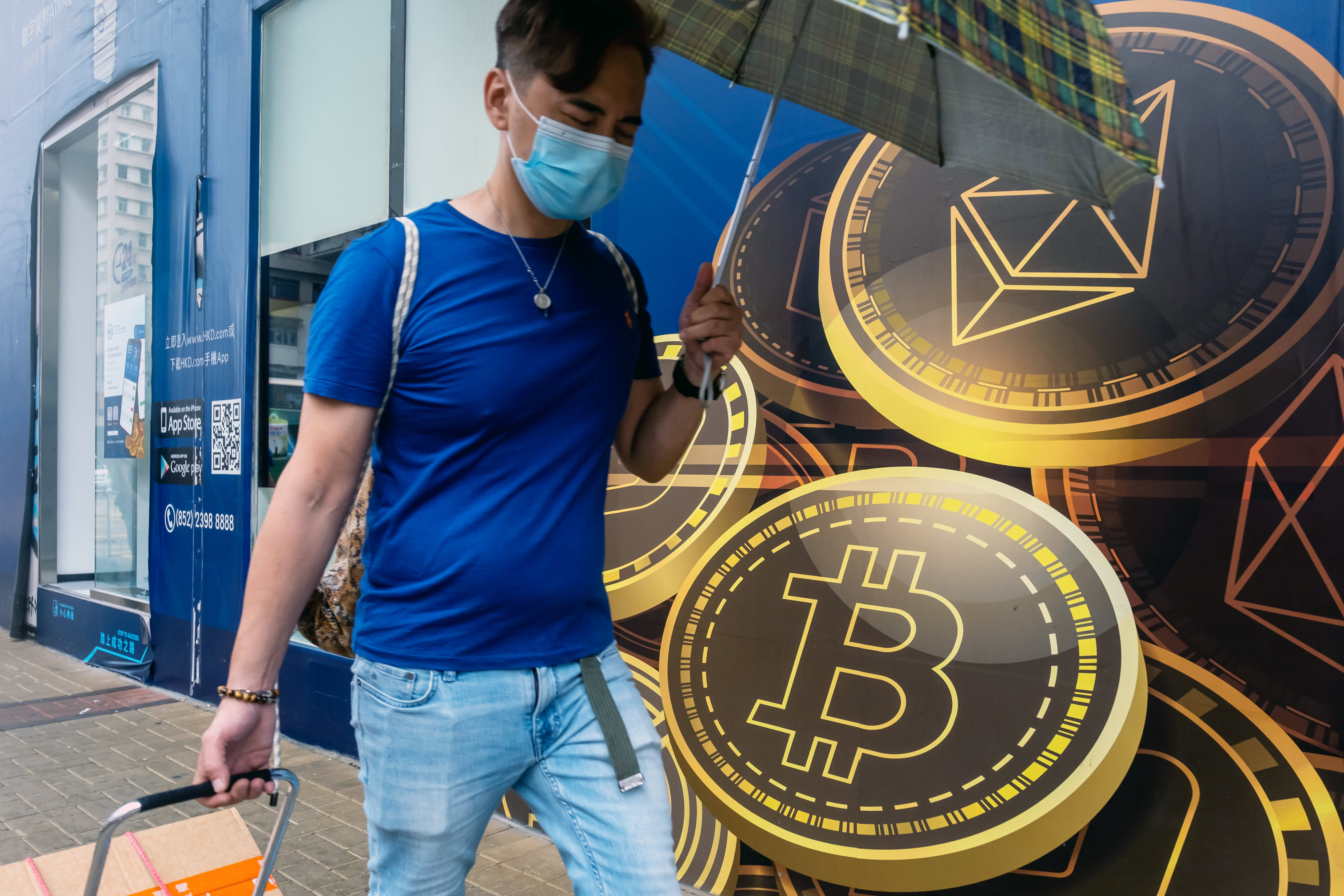 Bitcoin and ether tumbled Friday, with traders rattled by tough talk out of China.

It comes after the People’s Bank of China said in a Q&A that all crypto-related activities are illegal. Services offering trading, order matching or derivatives for virtual currencies are strictly prohibited, the PBOC said, while overseas exchanges are also illegal.

Beijing has cracked down sharply on crypto this year. The Chinese government moved to stamp out digital currency mining, the energy-intensive operation that validates transactions and produces new coins. That led to sharp slump in bitcoin’s processing power as miners took their equipment offline.

The PBOC banned banks and non-bank payment institutions like Alibaba affiliate Ant Group from providing services related to virtual currency. In July, authorities told a Beijing-based software company to shut down over its involvement with crypto trading.

Constantine Tsavliris, head of research at crypto data site CryptoCompare, said the harsh rhetoric was likely to result in a “short-term sell-off as negative news presses investors to take a conservative approach.”

“The recent news by China serves as an extension of previous announcements in May regarding a crackdown on cryptocurrency mining and bans on financial and payment institutions from crypto-related services,” Tsavliris told CNBC.

“As a result of the bans, we previously saw a short-term sell-off and a shift in mining away from China, followed by a swift recovery throughout July and August,” added.

Vijay Ayyar, head of Asia Pacific at digital currency exchange Luno, said that while China’s position on crypto was not new, it was enough to pressure the market. Investors had already been unnerved by the U.S. Securities and Exchange Commission taking a tougher line on cryptocurrencies lately, he added.

Coinbase, America’s largest crypto exchange, recently got into a public spat with the SEC. Regulators threatened to sue the company over a product called Lend that would have allowed users to earn interest on their holdings. Coinbase recently decided to drop Lend.

“The Chinese regulators have always been extreme in their views and these comments are not new,” Ayyar told CNBC. “They have said these things many times in the past. But the reaction is interesting purely because we are anyway in a slightly nervous environment for crypto with the recent SEC comments and overall macro environment with the Evergrande news. So any comments of this nature will cause a sell off in risky assets.”

Global markets have been roiled lately by fears of a potential collapse for embattled Chinese property developer Evergrande.

“Overall, we’ve seen this play out many times in the past, with such dips being inorganic and bought up quite quickly especially in environments where crypto is in a bull market cycle,” Ayyar said, referring to China’s crackdown. “Price action wise, as long as we don’t drop below $38,000 on a high time frame basis, we are still in bullish territory.”