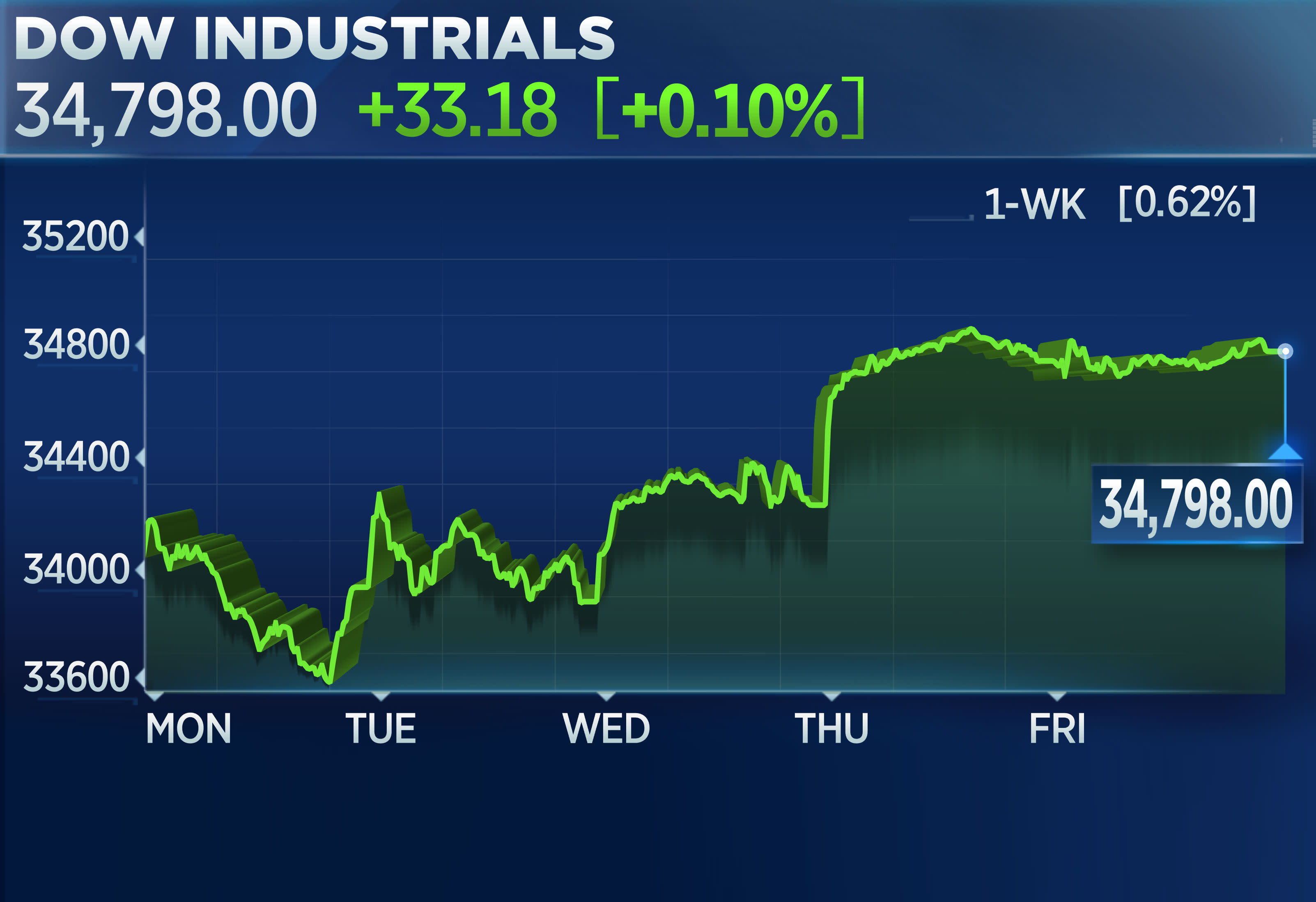 The S&P 500 and the Dow Jones Industrial Average eked out gains on Friday, wrapping up a volatile week on Wall Street. A move by China to ban cryptocurrencies weighed on the technology sector and Nike shares fell as supply chain issues stemming from the pandemic hit the sneaker giant.

“As bad as things started off on Monday for stocks, a mid-week bounce and calm on Friday isn’t so bad,” said Ryan Detrick, chief market strategist for LPL Financial. “Still, many of the worries over Evergrande, a slowing economy, and continued supply chain issues are still out there.”

The Nasdaq trailed the other major averages on a week-to-date basis, and the tech-heavy index added 0.02% for the week. The Dow finished the week 0.6% higher, while the S&P 500 ended it 0.5% higher.

Bitcoin dropped 5% and ether lost about 7% in reaction. Crypto-exchange Coinbase, which derives most of its revenue from retail trading, and Robinhood, which last quarter made more than half of its transaction-related revenue from crypto, shed over 2%.

Meanwhile Nike validated the fears of investors worried about the pandemic wreaking havoc with supply chains and raising costs for companies, especially multinationals. Nike shares fell 6.2% after the sneaker giant lowered its fiscal 2022 outlook because of a prolonged production shutdown in Vietnam, labor shortages and lengthy transit times. Nike expects full-year sales to rise at a mid-single-digit pace, compared to low double-digit growth it forecast before.

The company also reported quarterly revenue that missed analysts’ expectations due to softening demand in North America as the delta variant flared up. Other apparel makers and retailers fell. PVH Corp fell 1%.

Within the S&P, Nike’s decline was offset by gains in reopening stocks. Carnival added 3% after reporting quarterly earnings, while other cruise lines and air carriers rose about 2%. Energy was also a leader.

It’s been a topsy-turvy week for markets. Stocks staged a two-day relief rally beginning on Wednesday after the Federal Reserve signaled no imminent removal of its ultra-easy monetary policy. Investors also bet that the debt crisis of China’s real estate giant Evergrande wouldn’t trigger a ripple effect across global markets.

Investors were still waiting to see if Evergrande, the failing developer at the center of the property crisis in the country, will pay $83 million in interest on a U.S. dollar-denominated bond that was due Thursday. The company so far is staying silent and has 30 days before it technically defaults.

Concerns about Evergrande hit global markets to start the week with the Dow shedding more than 600 points on Monday.

“If Evergrande fails, the exposure outside of China appears limited, and since the government will do whatever it takes to contain it,” said Edward Moya, senior market analyst at Oanda. “If China is successful, global risk appetite may not be dealt that much of a blow.”

The dominant theme for the rest of the year will be falling Covid cases globally and economic acceleration, said Bill Callahan, an investment strategist at Schroders.

“Cyclical stocks in the energy, financial, industrial and travel sectors will reassert themselves as market leaders into year end,” he said, while “longer maturity global bond yields will push much higher, steepening global yield curves as investors embrace growth assets.”