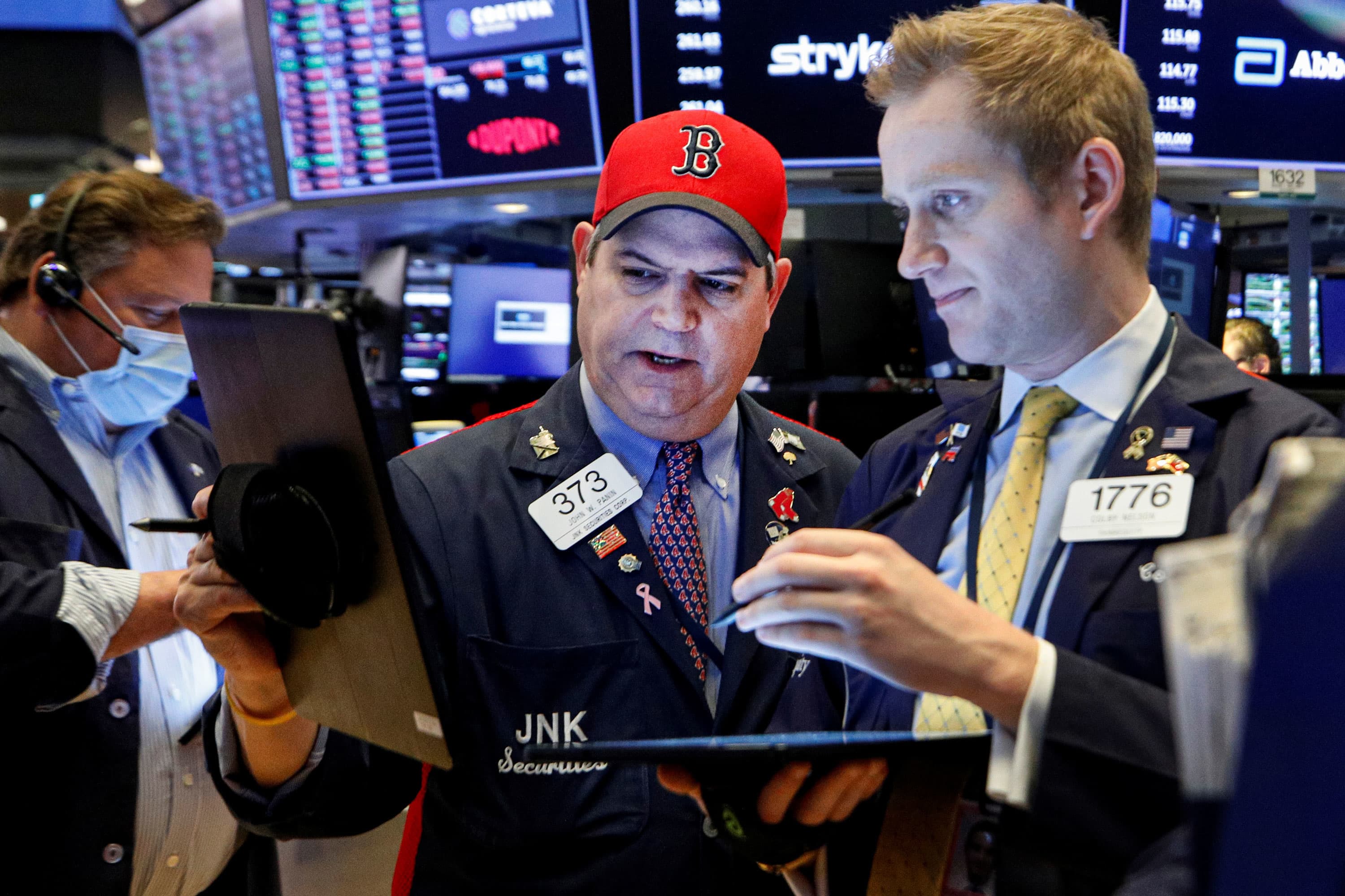 The Dow Jones Industrial Average shed about 100 points, or 0.3%. The blue chip average was up more than 200 points at its intraday high. The S&P 500 ticked down 0.2%. The Nasdaq Composite traded near the flatline.

“What we’re seeing right now is the market trying to grapple and come to terms with how to interpret all these inputs,” Plexo Capital Managing Partner Lo Toney said on CNBC’s “TechCheck.” “It’s going to take a little bit of time for things to settle out.”

U.S. oil benchmark WTI crude oil topped $82 a barrel at its session highs before trading above $80 Monday. The surging prices added to looming concerns about inflation.

“High or rapid increase in energy costs have triggered recessions in the past and there is a possibility that history could repeat itself if energy prices continue to rise. Higher energy prices result in lower disposable income for consumers,” Bernstein’s Neil Beveridge said in a Monday note.

Energy stocks gained earlier Monday, but rolled over as oil prices came off their highest levels.

Meanwhile, Goldman on Monday cut its economic growth forecast. The firm lowered its 2022 growth estimate to 4% from 4.4% and took its 2021 estimate down a tick to 5.6% from 5.7%. The firm cited the expiration of fiscal support from Congress and a slower-than-expected recovery in consumer spending, specifically services.

Looking ahead, major banks will kick off their third-quarter earnings reports this week. JPMorgan kicks it off on Wednesday, with Goldman Sachs, Bank of America, Morgan Stanley, Wells Fargo and Citigroup following later in the week. Delta Airlines and Walgreens Boots Alliance reports are also on deck.

Investors will be looking for insights into supply chain challenges, particularly going into the holiday shopping season.

Analysts estimate an earnings growth rate of 27.6% for the S&P 500 in the third quarter, which would be the third-highest growth rate since 2010.