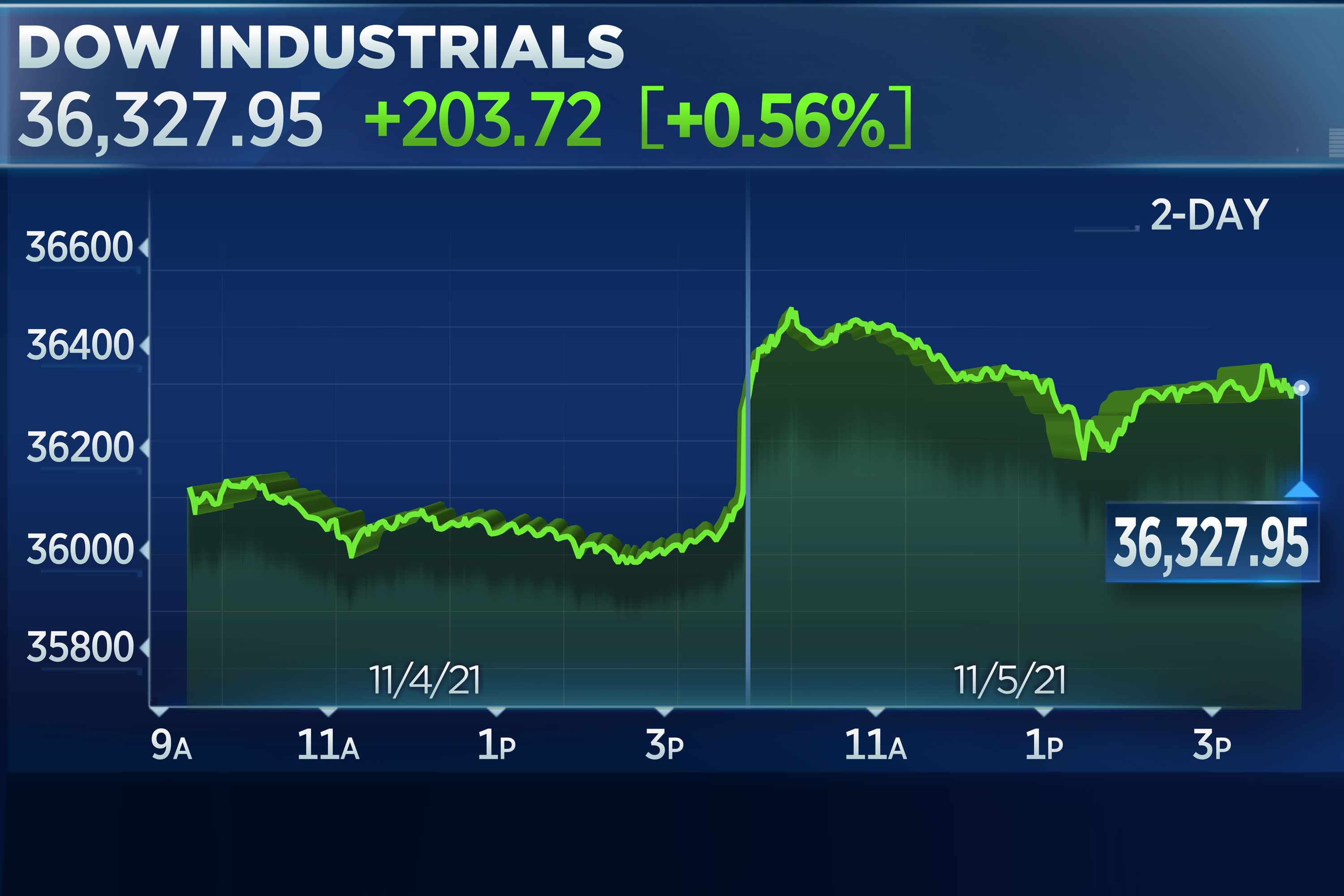 U.S. stocks rallied to record levels on Friday after the October jobs report came in better than expected, boosting optimism about the economic recovery.

A major development from Pfizer regarding its easy-to-administer Covid-19 pill fueled hope for a smooth reopening further, sending shares of airlines and cruise line operators soaring.

The move for stocks came as data showed job gains for the month of October totaled 531,000. Consensus estimates called for 450,000 jobs added, according to Dow Jones. The report also revised September’s disappointing number up to 312,000 job gains from 194,000 previously, and increased its August number by a similar amount.

“Markets are cheering a much better than expected jobs report this morning as nonfarm payrolls smashed expectations,” said Cliff Hodge, chief investment officer at Cornerstone Wealth. “Gains were broad-based across industries, and manufacturing was a real bright spot.”

All three major averages notched a winning week. The S&P 500 gained 2% this week, pushing its 2021 gains to 25%. The Dow rose 1.4% this week, while the Nasdaq rallied nearly 3.1% for its best weekly performance since early April.

Pfizer shares surged nearly 11% after the company said its Covid-19 drug, used with an HIV drug, cut the risk of hospitalization by 89%. Pfizer board member Dr. Scott Gottlieb said Friday that the pandemic could be over in the U.S. by the time President Biden’s workplace vaccine mandates take effect in early January.

Recovery stock Expedia saw its shares roar higher by 15.6% a day after the company said renewed travel demand boosted its top and bottom lines higher than analysts had expected.

“The labor market recovery is back on track, but it will still take several months to get to maximum employment,” said Edward Moya, senior market analyst at Oanda. “Alongside the Pfizer COVID pill news, this strong [jobs] report should ease some of the supply chain problems and that will make some investors embrace the reopening trade.”

Peloton shares cratered more than 35% after the fitness platform and maker of interactive treadmills and exercise bikes reported a much larger loss than expected and cut its full-year outlook as fitness buffs headed back to the gym and away from at-home workouts.

The company also cited ongoing supply chain challenges for its “challenged visibility” over the near term that CEO John Foley said is causing the company to lower its expectations.

Earlier this week, investor digested the Federal Reserve’s plan to begin tapering its pandemic aid by the end of November, putting the central bank on track to end its asset purchase program by the middle of next year.