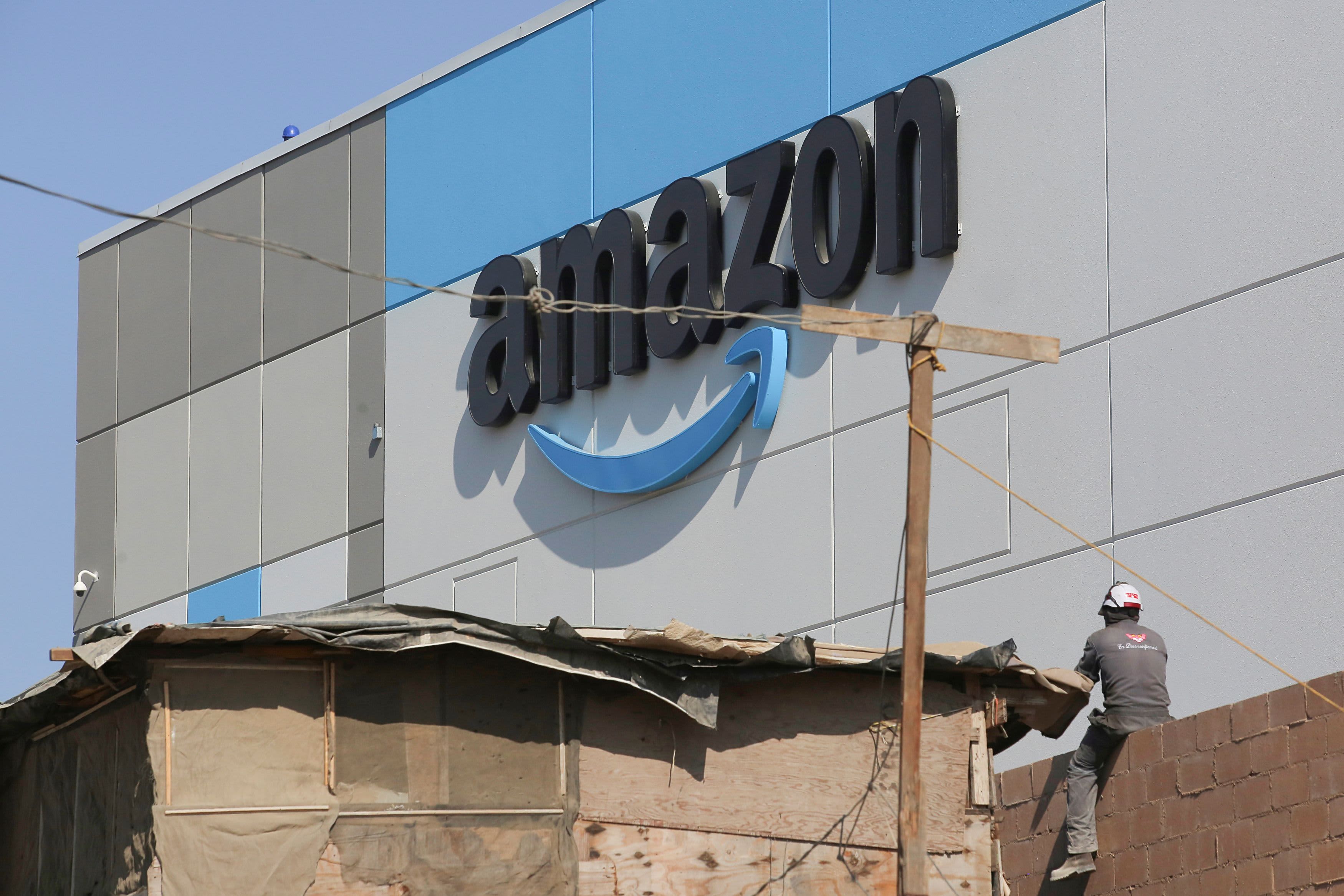 A worker sits on a wall dividing an informal settlement from the new Amazon fulfillment center, which is under construction at RMSG Alamar Industrial Park, in Tijuana, Mexico September 7, 2021.

Amazon — Amazon shares jumped 5.4% after the company said its board of directors has approved a 20-for-1 stock split, telling investors on Wednesday that they’ll receive 20 shares for each share they currently own. The board also approved a $10 billion share buyback program.

CrowdStrike — Shares for the cybersecurity company gained 12.5%, after it disclosed strong quarterly profit and revenue in its earnings report Wednesday. CrowdStrike also has an upbeat forecast for the 2023 fiscal year, saying it will pursue market share as cybersecurity concerns rise.

Asana — The collaboration software company’s stock cratered 22.1%. On Wednesday, Asana forecast losses that were greater than analysts’ expectations for the first quarter. The firm also announced a narrower-than-expected loss for its most recent quarter, as well as revenue that exceeded analysts’ estimates.

Baker Hughes, Halliburton, Chevron— The three energy companies rose together as a group, boosted by demand for greater energy production after the U.S. banned Russian oil. The number of oil rigs working dropped to 250 last year, from 1,077 in 2018, according to industry data from Baker Hughes. Oil field services companies Baker Hughes and Halliburton rose 8.7% and 8.9%, respectively. Chevron gained 2.7%.

SolarEdge Technologies, Sunrun, Enphase — The three solar stocks declined as a group, after the sector rallied earlier in the week from rising oil and gas prices. SolarEdge slid 6.3%, Sunrun dipped 1.7%, and Enphase declined 0.6%.