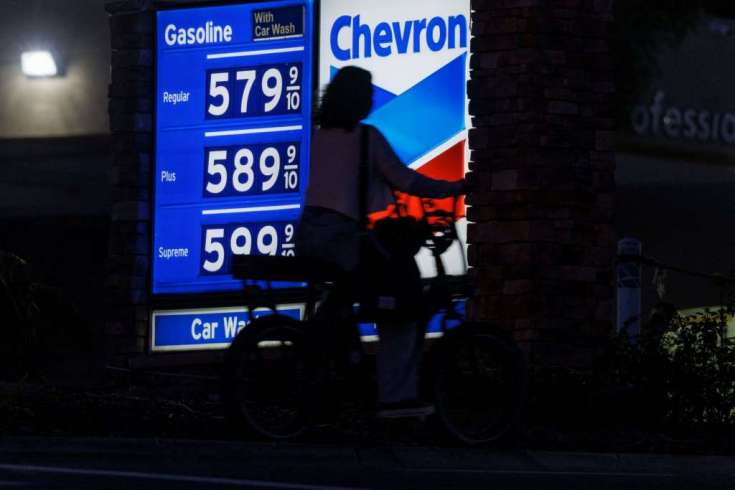 A woman rides an electric bike past a gas station as current gasoline prices continues to climb close to record setting territory in Encinitas, California, May 9, 2022.

U.S. households are now spending the equivalent of $5,000 a year on gasoline, up from $2,800 a year ago, according to Yardeni Research.

In March, the annual rate of gasoline spending was at $3,800, Yardeni noted. During the week of May 16, the national retail price for gasoline reached a record $4.59 per gallon, the firm said.

“No wonder that the Consumer Sentiment Index is so depressed. The wonder is that retail sales have been so surprisingly strong during April and May,” Yardeni said in a note.

Yardeni said consumers’ inflation-adjusted incomes are barely growing, but they have accumulated a lot of savings, and they are charging more on credit cards.

But Yardeni said don’t bet against the U.S. consumer: “When we are happy, we spend money. When we are depressed, we spend even more money!”

Retail sales data for April, released Tuesday, was surprisingly strong. On a year-over-year basis, retail sales rose 8.2% for the month.

Gasoline sales actually declined in April from March, as prices temporarily fell before ramping up to record levels in May. Spending on gasoline in April surged almost 37% from a year ago, according to Commerce Department data.

The national average Wednesday was $4.57 per gallon, according to the AAA website.