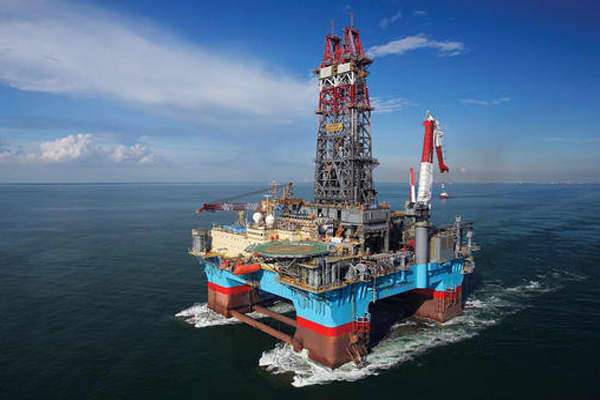 Wall Street is no stranger to culture wars, dating to William Jennings Bryan and the 19th-century free silver movement. Today’s version: The push by conservative states to make state pension funds stop doing business with money managers who use their power to press companies to cut carbon emissions.

There’s a list of reasons to suspect the pushback won’t much affect the movement toward investing that factors in environmental, social and corporate governance goals alongside shorter-term financial performance.

First, the  blowback to ESG is confined to a few states so far, with Republican politicians in other states raising issues but taking only limited action. Even where states have acted, the steps seem likely to have little impact on investment firms that consider ESG in choosing stocks – which is nearly all major asset managers. And politicians are preparing for an assault on ESG based on antitrust claims – but institutional investors have framed their strategies to steer clear of legal theories Republican state attorneys general are pursuing, legal experts say.

“It’s not only vaporware, it’s ridiculous vaporware,” said David Nadig, an expert on exchange-traded funds and financial futurist at VettaFi, which owns ETFDatabase.com. Vaporware is software-industry slang for products that are announced but never reach store shelves. “They say they’re boycotting companies that are boycotting the energy industry, and then they find out BlackRock manages energy funds.”

The tussle between conservative states, with officials in Florida and Texas being the most vocal, and Wall Street is specifically about how investors should use their money to take sides in debates over energy policy and climate change. More broadly, it’s another front in America’s culture wars, with politicians positioning themselves as fighting back against what Florida Gov. Ron DeSantis calls “woke” corporations.

“Corporate power has increasingly been utilized to impose an ideological agenda on the American people through the perversion of financial investment priorities under the euphemistic banners of environmental, social, and corporate governance and diversity, inclusion, and equity,” DeSantis said in a July 28 statement announcing that the state would bar its pension funds from considering ESG criteria in making investments.

ESG is a branch of investing based on screening securities based on their issuers’ environmental, social and corporate governance practices. Companies with low carbon emissions, transparent governance and good labor relations, for example, may get high ESG scores from arbiters such as Sustainalytics and Standard & Poor’s. Companies that make tobacco, oil and weapons often do poorly.

Some ESG investments are separated from other stocks, held by mutual funds and exchange traded funds specializing in companies that either have high ESG scores or avoid certain industries, including fossil fuels. A much larger number of funds continue to hold stocks in industries criticized on ESG grounds, while portfolio managers pressure companies to improve governance practices and cut their pollution.

Members of the five-year-old Climate Action 100+ coalition, for example, control more than $68 trillion in assets, most of it held by traditional money managers rather than ESG funds, said Kirsten Snow Spalding, senior director of the Ceres Investor Network and a spokesperson for the Climate Action 100+.

Florida and Texas have taken different approaches, each of which highlights the uphill climb anti-“woke” politicians face in trying to derail ESG investment.

Florida’s Board of Administration adopted what amount to guidelines, without specific enforcement measures, even as DeSantis vowed to introduce follow-up legislation next year. (DeSantis’ office didn’t respond to written questions from CNBC.com). The resolution requires that Florida’s pension funds consider only the likely financial performance of prospective investments, putting no weight on politics.

Texas’ SB-13 bill, adopted last year, is more coercive, or appears to be. Drafted using a model from the conservative American Legislative Exchange Council, the Texas law requires state pension funds to divest from companies that “boycott” energy companies. But, in an important exception, it excludes any requirement to divest most investment funds managed by those companies.

“While couched in language about long-term value, BlackRock’s alignment of engagement priorities with environmental and social goals, such as the UN’s Sustainable Development Goals, suggests at a minimum a mixed motive,” the letter said. “BlackRock’s actions appear to intentionally restrain and harm the competitiveness of the energy markets.”

The Texas law has gotten off to a rocky start.

In its initial effort to identify companies that boycott energy businesses — a linchpin of Texas’ economy — the Texas State Comptroller’s office only identified one U.S-based firm, New York-based BlackRock, which manages $8.5 trillion in assets, and nine foreign firms including UBS and Credit Suisse.

Spokespeople for Texas’ Attorney General Ken Paxton and Comptroller of Public Accounts Glenn Hegar did not respond to requests for comment. Texas Teachers spokesman Rob Maxwell said the fund will divest stocks as the law requires.

BlackRock is a prime target: it is the world’s largest money manager by assets. But it denies that it boycotts energy investments at all. Its $2 billion U.S. Energy Fund, for example, has ExxonMobil, Chevron and ConocoPhillips as its three top holdings. The largest renewable-energy play in the fund, solar panel-maker First Solar, comprises less than 1 percent of its holdings. Other BlackRock funds hold energy stocks as part of broader stock indexes, and still others avoid fossil fuel investments.

BlackRock is among the top five holders of Exxon and Chevron shares. BlackRock indeed owns 6.2 percent of ExxonMobil, according to the company’s annual proxy disclosure in April.

BlackRock is feeling the pressure to make this case more vocally since the political backlash began, and its recent comments on energy investing and its softer touch at shareholder meetings has led to pushback from climate investors.

BlackRock’s ESG approach includes its investment stewardship teams first engaging directly with companies on issues where it is in support of change. The company voted against re-electing three directors at Exxon in 2021, for example, which climate investors had hoped was a tipping point for the company in using its shareholder power to be more aggressive in proxy contests. But the company says it has actually gotten more supportive of incumbent management teams this year, voting for fewer shareholder resolutions than in 2021 because companies are becoming more aggressive about climate mitigation.

The CA 100+ approach is based on having shareholders lobby corporate managers for lower emissions, earlier and more detailed disclosure of emission-reduction plans, and improved corporate governance, she said. Specific CA100+ members take the lead in tracking each of the 166 high-carbon-emitting companies the network follows, communicating their findings to the group through semi-annual surveys, and must remain shareholders in order to be the group’s emissary to that company, she said.

“It’s as far from a boycott as you can get,” said Spalding, who is both a former law professor and an Episcopal priest. “The bright line in our approach is that each institution makes its own decisions.”

The broader ESG community would have little problem with Florida’s approach, since ESG is based on the idea that mismanaged climate risk will eventually hurt companies’ bottom lines, Spalding said. “These are big institutions with a very clear sense of their fiduciary duty,” she said. They are clearly working on what they consider a systemic financial risk.”

Legal experts say that each institution’s independence in acting on climate goals is likely to insulate them from the antitrust claims that state attorneys general are investigating.

Antitrust law, which bars combinations in restraint of trade because they often raise prices and impede competition, can bar boycotts, especially if they’re launched to make a company change its prices, said Hill Wellford, a partner at Vinson & Elkins, who presented a paper on ESG and antitrust at this spring’s conference of the American Bar Association.

But a network like CA100+ that shares information, without dictating what each member should do about it, is unlikely to qualify unless the state AGs find facts about coordinated action that haven’t yet been disclosed, he said. That’s unlikely since big companies with on-staff lawyers understand how to stay out of trouble, because the law is well-settled, he said.

Where does ESG fit into your portfolio? Join us virtually on Thursday, October 6 for our 2nd annual ESG Impact where we’ll hear from business leaders from Amazon, Heart Aerospace, United Airlines Ventures, Engine No.1 and more on how they are turning ideas into action to ensure a more sustainable & equitable future. Visit cnbcevents.com to learn more and register now.