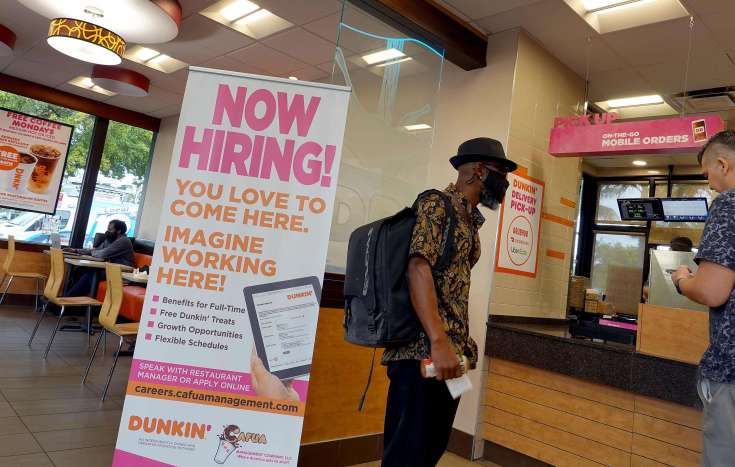 A Now Hiring sign at a Dunkin’ restaurant on September 21, 2021 in Hallandale, Florida.

The unemployment rate in the U.S. declined for Hispanic workers and Black women in November, while the overall rate held steady.

More broadly, the U.S. unemployment rate remained unchanged at 3.7% in November, the same level as October, and in line with expectations.

Still, the U.S. reported strong jobs growth in November, signaling the Federal Reserve may have further to go in its efforts to cool the labor market. Overall, the U.S. added 263,000 jobs last month. Economists surveyed by Dow Jones were expecting 200,000 new jobs.

“What this report really means is that the Federal Reserve is going to continue along an aggressive track to try to bring the unemployment rate number frankly, up more,” said Michelle Holder, a distinguished senior fellow at Washington Center for Equitable Growth.

“And so, that in the end is not necessarily good for black and Latinx workers, because we know during recessionary periods, these are the workers that are normally the most disaffected.”

Notable jobs gains last month in the leisure and hospitality sector drove the decline in the unemployment rate among Hispanic workers, Holder said. Hispanic workers are overrepresented in the sector, which added 88,000 jobs in November.

Meanwhile, strong job gains in health care and government spurred the decline in the unemployment rate among Black women.

To be sure, the lower unemployment rates for both groups are down in part as more Hispanic workers and Black women exit the labor force, a trend that has been exacerbated by the pandemic, according to Holder.

Meanwhile, the strong headline numbers in the November jobs report masks some weakness in the household survey data, according to Elise Gould, a senior economist at the Economic Policy Institute.

Overall, data showing the number of people employed in the U.S., the employment-population ratio, and participation rates have all ticked lower for at least three straight months.

If what’s happening in the household survey is a better measure, “then it’s actually showing far more economic distress,” Gould said. “And so that means that people are actually losing their jobs and they’re hurting right now.” 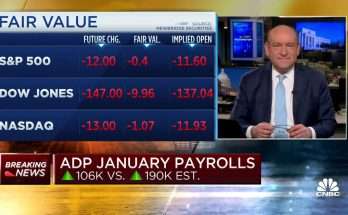 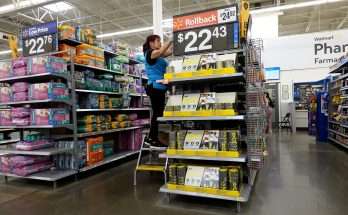 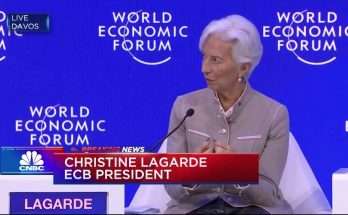