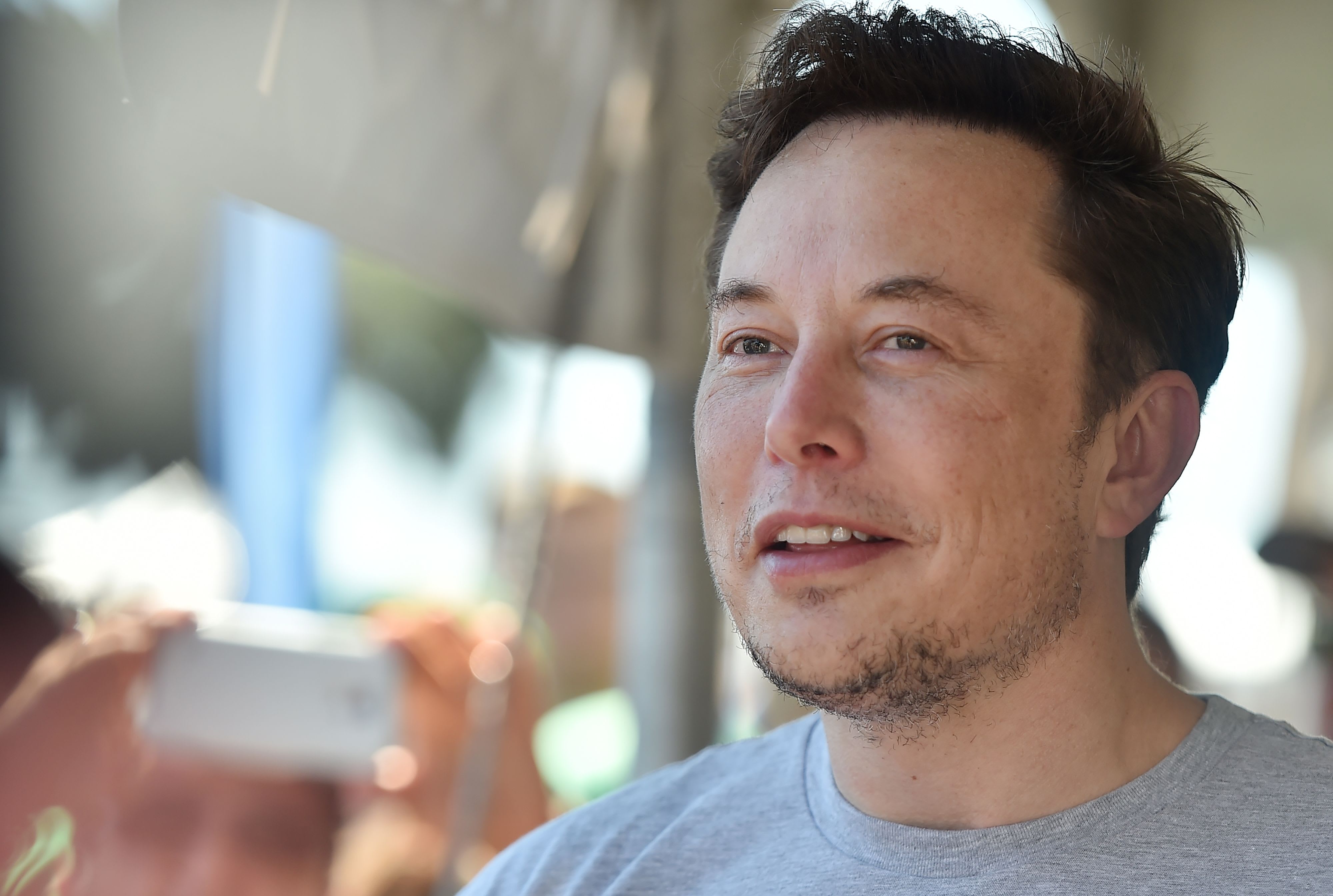 Elon Musk has taken his electric vehicle long-shot, Tesla, from the brink of bankruptcy all the way to the S&P 500. He’s also lead SpaceX from near ruin to using its reusable rockets to courier NASA astronauts to the International Space Station.

It may seem bold to bet against the maverick entrepreneur. (If you tell Musk something is not possible, it “better be limited by a law of physics or you are going to end up looking stupid,” Neuralink’s president, Max Hodak, once said.)

And while Musk’s ambition with Neuralink — to make connecting the brain to a computer as simple as LASIK surgery to cure brain ailments and someday even help humans compete with AI — is bringing money and the spotlight to the space of brain computer interfaces (BCIs), industry insiders say his goals are exceedingly optimistic and depend on some ambitious developments in science and engineering being fully wrought.

“It is cool technology — as one would expect of a company started by an entrepreneur who builds his own electrical cars, massive batteries and vertically landing rockets,” says Christof Koch, chief scientist of the MindScope Program at the Allen Institute for Brain Science.

“I admire them for their long-term vision, drive and ambition. It will take time though.”

According to San Francisco-based Neuralink‘s website, the company, which Musk launched with a half dozen researchers, professors and industry experts in 2016, will eventually implant a computer chip, roughly the size of a large coin, into the human brain via a robot surgeon. The chip, which Neuralink calls the “Link,” will wirelessly connect the brain to the digital world, starting by connecting to a smart phone.

The resulting computing power, according to Musk, will allow humans to be broadly competitive with rapidly developing AI.

“A.I. does not need to hate us to destroy us,” Musk told New York Times journalist Kara Swisher in September. “We would roll over an anthill that’s in the way of a road. You don’t hate ants. You’re just building a road… And that the potential for intelligence in computers is far greater than in biology.”

“I created [Neuralink] specifically to address the A.I. symbiosis problem, which I think is an existential threat,” Musk said.

In the nearer term, Musk sees the Link as also solving for brain ailments and injuries from depression and anxiety to memory loss or Dementia and paralysis.

According to Musk, the brain surgery to implant the Link “could be pretty close” in time and recovery to LASIK “in a couple of years.”

BCIs are not new

While all this may sound futuristic, brain computer interface (BCI) technology has existed for several decades. Most fundamentally, a BCI device detects a brain signal than analyzes and translates it into a message that can be carried out by a device external to the brain.

“We implanted a very similar brain computer interface system [to Neuralink’s] in humans in the early 2000s,” says John Donoghue, a Brown University professor of neuroscience and engineering.

Since then, various studies have seen human participants with paralysis who have been given BCI implants do things from control their paralyzed limbs to shopping online by just thinking about moving a computer cursor or mouse.

And there are more than 300,000 people who already have some form of neural interface, says Donoghue, like those with a deep brain stimulator (DBS), which is used to treat Parkinson disease.

According to Neuralink, its Link device will have many more touch points with the brain compared to BCIs currently on the market.

What Neuralink does have going for it

Experts point out Neuralink has something going for it: Musk’s deep pockets and star power.

In 2019 Musk invested $100 million Neuralink, according to The New York Times. In total, Neuralink has raised a total of $158 million and is estimated to be valued at just over $500 million, according to PitchBook.

TK (Takashi D.Y.) Kozai, an assistant professor at the University of Pittsburg’s Department of Bioengineering, who says he interviewed with Neuralink in the company’s early days, was told by a former Neuralink “insider” that the company spends generously.

Kozai heard from the insider that if ever they wanted a piece of equipment to try something out, “‘we would have it at our building the next day, even if it was a multimillion dollar piece of equipment, and even if we only use it once or twice.'” (Neuralink did not respond to CNBC Make It’s multiple requests for comment.)

The process of getting access to funding in academic or government research is much more laborious and slow, Kozai says.

And then there is Musk’s fame.

“It’s less about Musk’s breakthrough in messaging as opposed to the spotlight already being on Musk, and he’s bringing that spotlight to BCI,” Kozai says.

Most recently, Musk headlined a Neuralink product update in August. For the demo, a pig named Gertrude, who was implanted with the Link three months prior, had her brain activity projected onto a screen. “You can literally rub the pig on its snout and we can detect exactly where you touch the snout” with brain data collected by the Link, Musk told Swisher.

Though the livestreamed event got a lot of attention, according to the MIT Technology Review‘s Antonio Regalado, it was simply “neuroscience theater,” only impressive to the uninitiated. (Neuralink did not respond to CNBC Make It’s request for comment.)

Still, Musk has served to bring “substantial influence on the industry and its pace” of development with Neuralink, says Bin He, trustee professor and head of the Department of Biomedical Engineering at Carnegie Mellon University.

“Multiple companies were formed to develop and commercialize noninvasive and invasive machine interface technology, but so far not at a scale like Neuralink,” he says.

“When someone with ‘star power’ pushes an idea, it has the ability to raise awareness of the potential benefits of neurotechnology. It shows that innovators like Musk believe in the ability for the field to deliver,” Donoghue says. “Media coverage will also help bring new talent into the field and investors to provide the money for the very expensive translational process.”

There are many large, slow-moving obstacles ahead

“It takes several decades before a technique that is well understood in laboratory animals such as rodents and non-human primates (monkeys), is clinically deployed in patients,” says the Allen Institute’s Koch. “It is very difficult to speed up traversing this valley of death given the complex legal, medical, regulatory and human factors involved. We are talking about brain surgery after all.”

In addition to regulations (including FDA approval, among other things) and legal and medical concerns, there are also privacy and ethical issues — hackers, could, in theory, gain access to other people’s brains through a BCI, for example.

But Neuralink also faces another reality: There is still so much that even neuroscientists do not know about the brain.

Musk “has a track record for not accepting ‘that’s impossible’ and pushing for unreasonable timelines. Without that, SpaceX and Tesla would have failed long ago. But there difference is, ‘rocket science’ and the science behind electric cars have been written. He can out-engineer tradition (traditional rockets and cars),” Kozai says.

However, “the brain is where that begins to fall apart,” says Kozai.

“The brain is the most complex piece of highly organized active matter in the known universe,” says Koch. “We do not understand how large-scale neural activity is organized to give rise to thoughts, percepts, consciousness and actions.”

“Brain science is still largely unknown,” says Kozai. “It’s hard to out-engineer the brain if you don’t understand how the brain works.”

While Neuralink did not respond to CNBC Make It’s requests for comment, in 2017, Neuralink founding team member Philip Sabes said, “if it were a prerequisite to understand the brain in order to interact with the brain in a substantive way, we’d have trouble. But it’s possible to decode all of those things in the brain without truly understanding the dynamics of the computation in the brain,” he told Wait but Why.

“Being able to read it out is an engineering problem,” Sabes said. “Being able to understand its origin and the organization of the neurons in fine detail in a way that would satisfy a neuroscientist to the core—that’s a separate problem. And we don’t need to solve all of those scientific problems in order to make progress.”

83-year-old George Takei: Why it’s impossible for old people to give advice to their younger selves