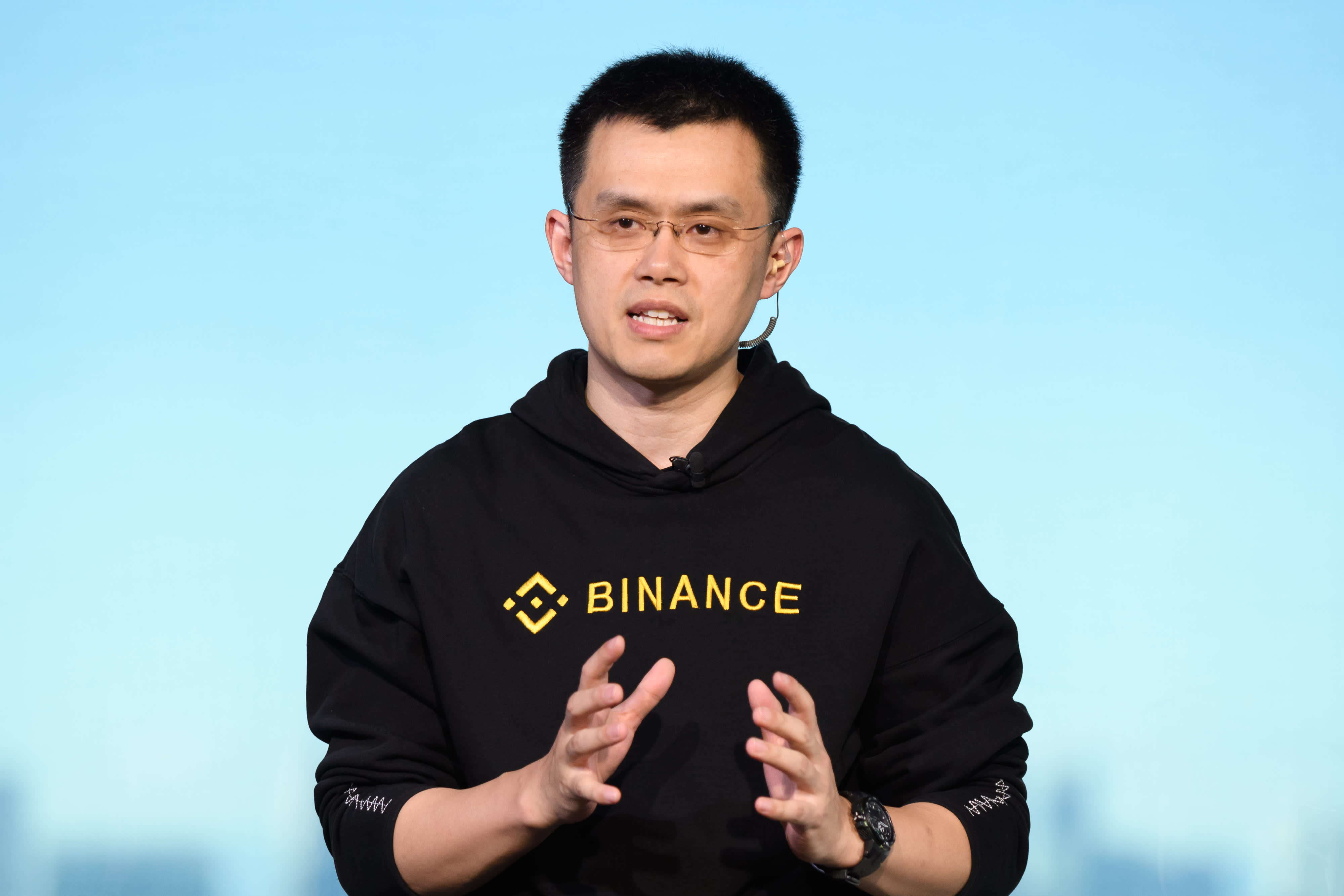 Changpeng Zhao, CEO of Binance, speaks during a TV interview in Tokyo, Japan, on Thursday, Jan. 11, 2018.

LONDON — Cryptocurrency exchange Binance revealed plans on Tuesday to introduce its own marketplace where users can create, buy and sell digital collector’s items known as NFTs.

Nonfungible tokens are a type of digital asset. They’re designed to represent ownership of rare virtual items — that could be anything from works of art to sports trading cards like those sold on the popular online basketball collectibles platform NBA Top Shot.

Total sales of these tokens soared to more than $2 billion in the first quarter, according to NonFungible.com, a website that tracks data on NFTs. And that figure doesn’t even account for the record-breaking $69 million NFT sold by digital artist Mike Winkelmann (AKA Beeple) at Christie’s in March.

Binance, which is the world’s largest crypto exchange by trading volumes, said its platform would operate two markets: a premium venue for top auctions and exhibitions and a standard trading market that anyone can use to mint new tokens.

The premium segment would take a 10% cut from the proceeds of major auctions, Binance said, with 90% going to artists. The day-to-day trading market will charge a 1% “processing fee,” while creators “will continuously receive 1% royalty,” according to Binance.

Binance’s NFT feature is set to debut in June. The company has launched a landing page that will let artists contact the firm about potential partnerships.

“Our aim is to provide the largest NFT trading platform in the world with the best minting, buying and exchanging experience, by leveraging the fastest and cheapest solutions powered by Binance blockchain infrastructure and community,” said Helen Hai, head of Binance’s NFT project.

The move marks a challenge to Gemini, the crypto exchange founded by Tyler and Cameron Winklevoss. Gemini operates its own NFT marketplace, Nifty Gateway, which has hosted auctions from big names like Eminem and Grimes. It would also open up a new revenue stream for Binance, which has benefited considerably from the surging interest in bitcoin and other digital currencies.

Coinbase, the largest crypto exchange in the U.S., went public on the Nasdaq earlier this month. Like Binance, Coinbase has gotten a significant boost from surging crypto prices. Bitcoin, the world’s most popular digital currency, soared to an all-time high of nearly $65,000 ahead of Coinbase’s debut. It’s down almost 16% from that level now.

There have been worries over signs of froth in the market. Some have compared the NFT boom to the rise of initial coin offerings, or ICOs, in late 2017 and early 2018. ICO mania led to a number of scams and many projects were ultimately abandoned. Meanwhile, dogecoin spiked to a record high above 45 cents a couple weeks ago, stoking fears of a bubble in the crypto market.