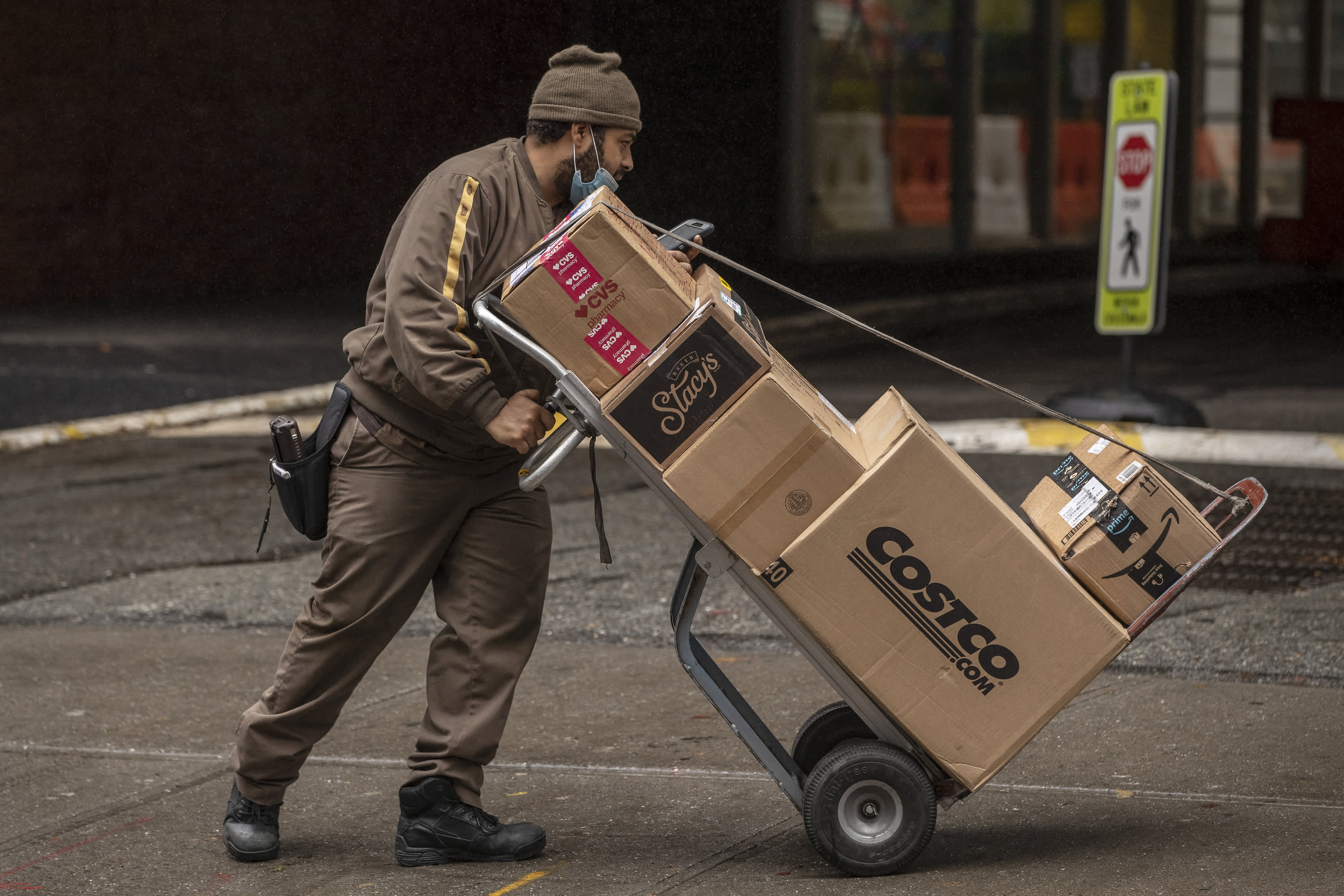 United Parcel Service (UPS) – UPS earned $2.77 per share for the first quarter, compared to a consensus estimate of $1.72 a share. Revenue also came in above Wall Street forecasts. Results for the delivery service were driven by a more than 14% increase in volume from a year earlier, with small- and medium-sized businesses contributing significantly to that increase. The stock surged 6.9% in premarket trading.

Crocs (CROX) – The shoe company’s shares surged 7.3% in the premarket after beating top and bottom line estimates by a wide margin. The company also said it sees 2021 revenue growth between 40% to 50%.

Eli Lilly (LLY) – The drugmaker’s shares tumbled 3.5% in the premarket after the company fell short of the $2.14 a share consensus estimate, with quarterly profit of $1.87 per share. Revenue missed forecasts as well, and Lilly lowered its full-year forecast. The company took various asset impairment charges during the quarter, as well as incurring costs related to its acquisition of Prevail Therapeutics.

General Electric (GE) – GE reported quarterly profit of 3 cents per share, compared to the 1 cent a share consensus estimate. Revenue came in short of expectations, but free cash flow was better than analysts had been anticipating. GE shares fell 2.7% in premarket action.

Hasbro (HAS) – Hasbro rose 2% in the premarket after the toymaker beat the 65 cents a share consensus estimate, with quarterly earnings of $1.00 per share. Revenue came in shy of estimates, however, as TV and movie productions related to its toys were delayed by the pandemic.

3M (MMM) – 3M reported quarterly profit of $2.77 per share, beating the consensus of $2.29 a share. Revenue also topped estimates as the pandemic continued to drive demand for personal safety products.

JetBlue (JBLU) – The airline’s shares added 1.7% in premarket action after it reported a quarterly loss of $1.48 per share, compared to an expected loss of $1.69 a share. Revenue beat Wall Street forecasts, and JetBlue echoed comments by other airlines in saying it is seeing a rebound in passenger demand.

Tesla (TSLA) – Tesla lost 2.3% in premarket trading after it reported quarterly profit of 93 cents per share, 14 cents a share above forecasts. Revenue also topped estimates, boosted by sales of environmental credits as well as liquidation of some of the automaker’s bitcoin holdings.

GameStop (GME) – GameStop said it had completed the sale of 3.5 million shares, with the video game retailer generating proceeds of about $551 million before transaction costs. GameStop soared 10.1% in premarket trading.

BP (BP) – BP’s profit more than tripled from a year ago during the first quarter, helped by higher oil prices and a surge in natural gas trading. The stock gained 1.2% in premarket action.

UBS (UBS) – UBS reported better-than-expected earnings for the first quarter, but the Switzerland-based bank surprised analysts by revealing a $774 million loss related to the collapse of U.S. investment fund Archegos. The stock fell 2.5% in the premarket.

Lyft (LYFT) – Lyft gained 2.3% in premarket trade after announcing that it is selling its self-driving technology unit to Toyota (TM) for $550 million. The ride-hailing company said the sale will allow it to become profitable sooner than it had previously projected.