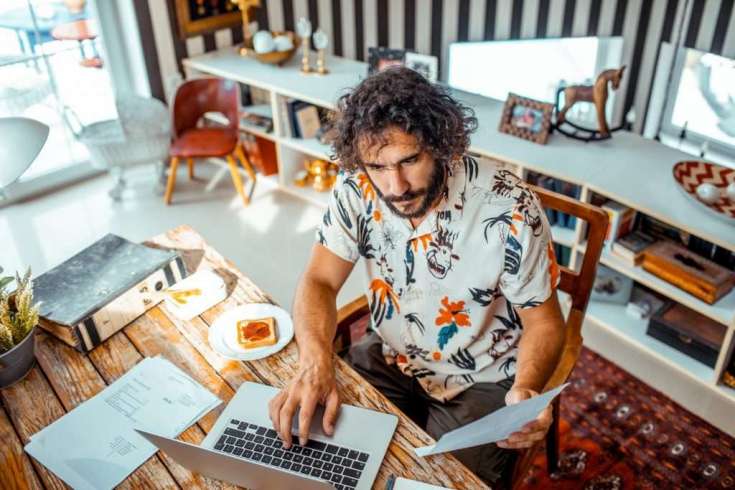 Taxpayers who collected unemployment benefits this year shouldn’t expect another break in the next filing season, financial experts say.

Jobless benefits are generally treated as taxable income. but federal lawmakers waived tax on a portion of such benefits received in 2020, after the Covid-19 pandemic led an unprecedented number of people to tap the unemployment system.

People continuing to collect may not get a similar break for 2021 benefits, which could leave millions of them on the hook for those taxes when they file their returns next year.

More than 14 million people were collecting benefits as of June 19, according to most recent Labor Department data.

“That provision came up in a year when we had record levels of unemployment,” said Janet Holtzblatt, a senior fellow at the Urban-Brookings Tax Policy Center, referring to the tax break. “Fortunately, the economy has improved, which really reduces the probability it would be extended.”

More from Personal Finance:
Still no stimulus check? There is help available
Number of workers unemployed for more than a year jumps by 248,000
What to do if you plan to quit your job

The American Rescue Plan, which President Joe Biden signed in March, excluded up to $10,200 of unemployment benefits collected in 2020 from federal income tax, per person. (Only those with less than $150,000 in income were eligible.) Some states followed with their own tax breaks.

It’s unclear exactly how many people qualified for and received the federal tax break, since the IRS hasn’t yet processed all tax returns, according to an agency spokeswoman.

The Century Foundation estimates about 40 million people collected jobless aid last year. Some would have gotten a bigger tax bill, or a surprise one, for 2020 without the partial federal tax break.

That’s because states, which administer unemployment benefits, are supposed to offer recipients the option to withhold 10% of benefits to cover part or all their tax liability. But many cash-strapped jobless workers, many of them new to the unemployment system, may not have elected to withhold.

Some states also didn’t offer the option to workers for certain pandemic-era unemployment programs, according to The Century Foundation.

As a result, fewer than 40% of unemployment payments last year had taxes withheld, the group projected.

“Last year, there were so many people unemployed for the first time in their lives,” Holtzblatt said. “They were really caught up with this big surprise at the end of the year.”

There are steps that those getting unemployment pay can take to prepare for a potentially hefty bill during tax season in early 2022.

For one, recipients should elect to have the 10% tax withheld if they can afford to, according to Andrew Stettner, a senior fellow at The Century Foundation.

They may complete Form W-4V, Voluntary Withholding Request and give it to the state agency paying benefits, according to the IRS.

“If you can’t afford it, at least have in your mind that when you go back to work you need to save for it,” Stettner said.

However, even a 10% withholding rate may not be high enough to fully cover taxes, depending on one’s income and other factors.

Recipients who haven’t had taxes pulled from benefits or believe they’ve been underpaying may opt to make quarterly estimated tax payments, according to the IRS.

Families poised to start getting advance payments of the child tax credit — up to $300 a month per child — in July may also set aside some of those funds, he said.

“I don’t think it’s a done deal,” Stettner said of not having another tax break. “People should always prepare for the worst-case scenario instead of the best case.”